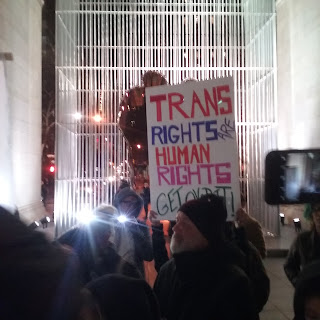 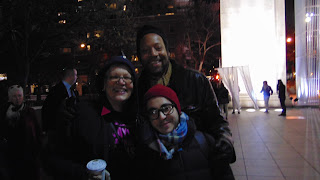 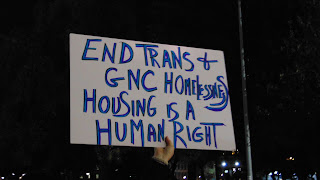 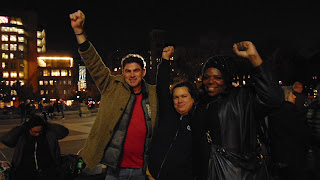 At 530, I joined Rise and Resist  at the Washington Square arch to honor the transgender people killed in the US this year. 2017 has witnessed more transgender deaths than ever recorded, 25 domestically, 325 internationally.

Arriving trans activists from all over the city were there.

Melissa Schlarz talked about the contributions of trans people, who need their lives to celebrated. She confessed, she's grown weary of the vigils for trans activists.

Not one more death!  This has gone on too long!

Others lamented the lost lives and told their stories.


This #TransDayofRemembrance let's honor the at least 25 trans folks in the U.S. and 325 trans folks across the world have been reported as murdered. Most were Black and Brown trans women. No one deserves to lose their life for being their most authentic self. #TDOR 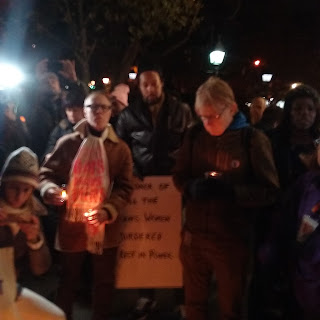 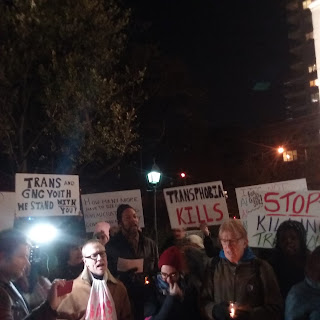 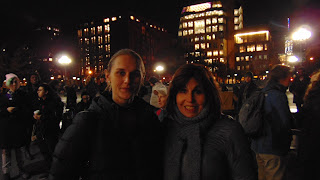 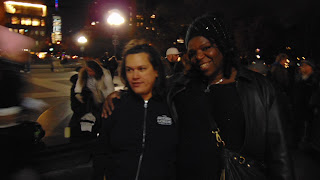 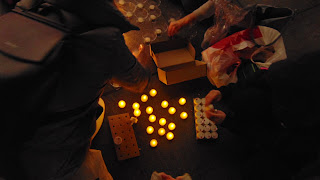 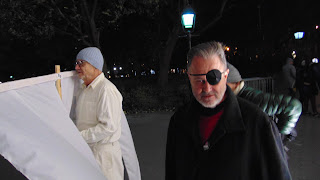 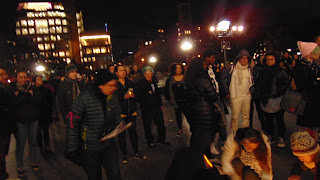 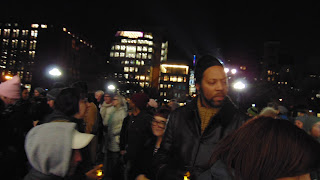 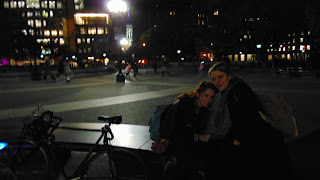 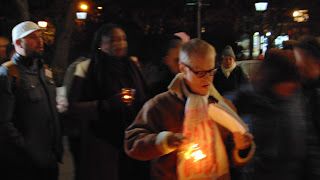 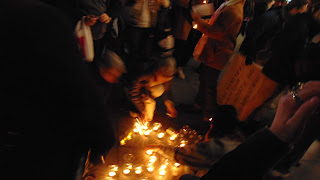 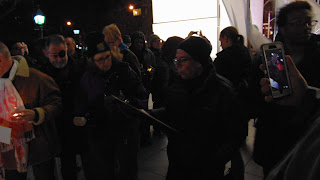 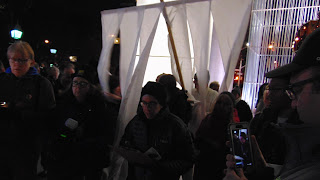 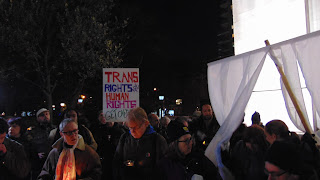 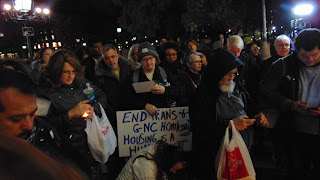 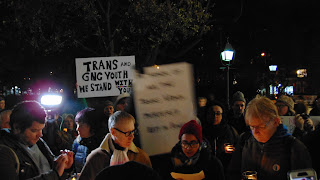 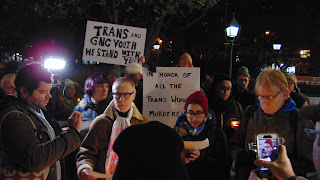 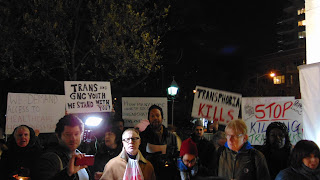 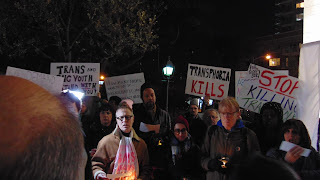 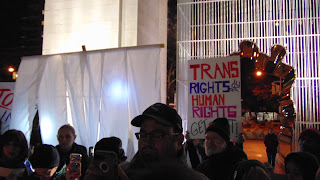 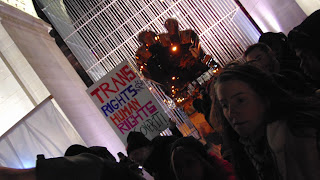 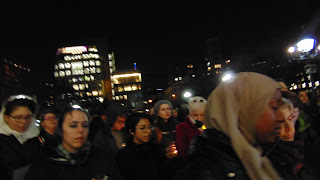 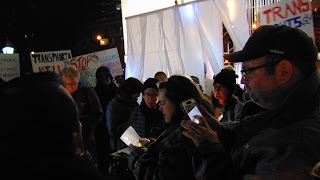 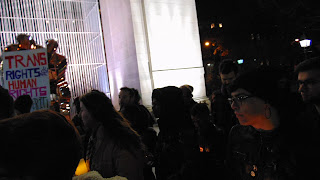 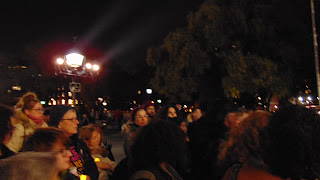 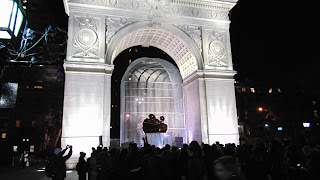 Posted by Benjamin Shepard at 7:36 PM