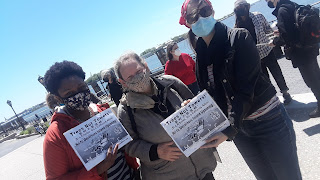 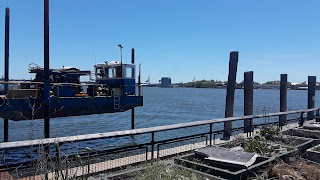 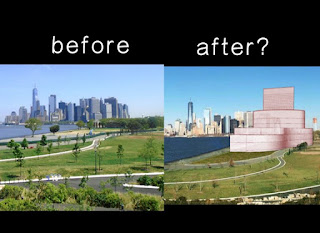 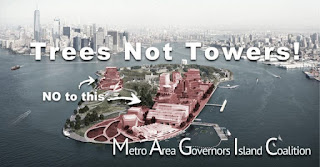 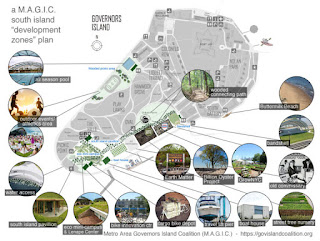 A M.A.G.I.C. alternate plan for the Governors Island. 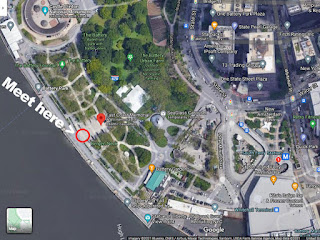 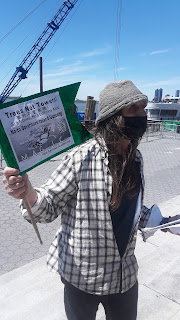 @rogermanningnyc says trees not towers. Vote no on the Govs Island Rezoning.public space for the people. #nodevelopedgivaways

On Friday, I joined some friends at a press conference opposing the rezoning of Governor’s Island, another developer giveaway from the d Blasio Administration.

There my friend Roger Manning implored the city to Vote no on the Govs Island Rezoning.

It really comes down to one question:  what will the space become said Manning, one of the co-founders of MAGIC, the Metro Area Governor’s Island Association?

Will it be better off?

This is another bad idea.

Recall Penn Station, that was destroyed in 1963 in the name of progress.  It was a gem. Now the city wants to recreate it.

Public space for the people.

One mom talked about her kids learning to ride bikes there last spring, without worry of cars. A lot of us have do not country homes.  We stay here, where we need our public spaces. These were places where kids found themselves, meeting, letting off some steam.

If Covid has taught us anything, it is that we need our public spaces for mental health as well as leisure and ideas.

We’re not asking for more green space, said another speaker, just to keep the green space we have.

Actually, I am I said.

My name is Ben Shepard.

I'm here today to oppose the Governor's Island rezoning on behalf of the grassroots community coalition Voice of Gowanus.  We stand in solidarity with MAGIC and all groups and people seeking to keep Governor's Island a true haven in the harbor.  It is not just another development site - and it should remain an egalitarian place open to all.

Gov’s island is a magic place, a secret place, where pirates and marching bands converge, friends play baseball, kids loaf in the grass.

It’s a space where we imagine.

New York has always been a place for arts and artists.  But there is less room with rezonings such as this.

We live in a delicate urban ecology.  Developer giveaways and one size fits all solutions only endanger this ecology.

Under the currently proposed Governors Island rezoning, a unique green urban refuge in NYC will essentially become a backyard for a massive corporate-style facility– fundamentally altering the experience of the island.

The project’s law firm has ties to the powerful REBNY real estate lobby. The TGI chair citing “the hopeful case of Robert Moses“ and saying, “This is a nice piece of real estate” 4 should also be red flags.

Voice of Gowanus is particularly concerned about all the proposed development on Governor's Island because it stands to increase stresses on the same sewershed that we share across the Buttermilk Channel in Brooklyn.  If sewage load pressures on the Red Hook Sewage Treatment Plant increase as a result of the Governor's Island rezone, combined sewer overflows (or CSOs) will increase in Gowanus.  That's a problem. We already have major CSO issues where over 350 million gallons of CSO run into the Gowanus each year.  That could undo the EPA's Gowanus superfund cleanup remedy, something we cannot afford as a community.

Mayor DeBlasio talks a great deal about the Paris climate accord.  If we are ever to live up to this, then the developer giveaways have to stop. For us to survive, we are going to have to change our means of production.

The City Council Land Use Committee will vote on the current rezoning proposal for Governors Island on Tues May 11th. The proposal must be withdrawn. Bringing in high-density high-rise development is not the best use of this unique "country place in the city" which belongs to and is visited by people from all NYC zip codes. The main rationale for this intrusive project – making Governors Island financially self-sufficient and accessible year round — isn’t supported. Also any discussion regarding a climate research center is irrelevant - it is a proposal to upzone the south island, period. Public hearings on land use being held virtually due to COVID-19 are insufficient and should be suspended as has been the case in several instances this year in NYC.

Even Manhattan’s Community Board 1 voted to reject the plan. Their 12/22/20 Resolution states:

We urge the council to vote NO TO THE CURRENTLY PROPOSED REZONING OF GOVERNORS ISLAND SOUTH. 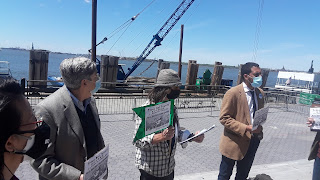 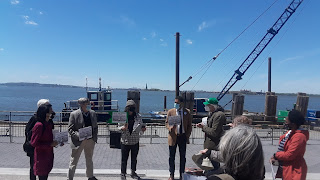 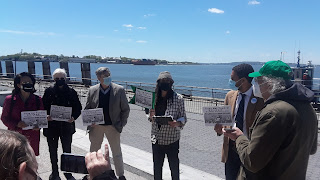 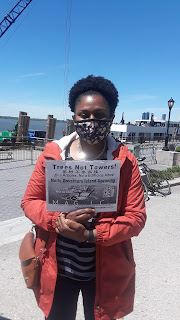 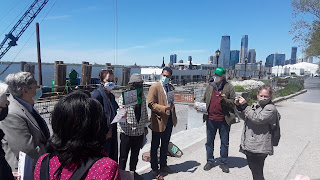 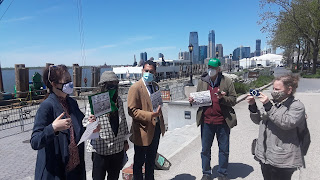 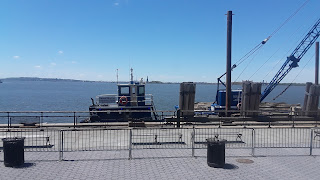 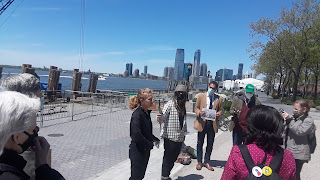 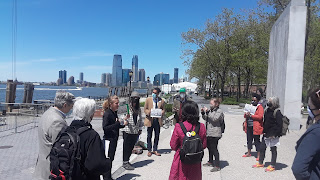 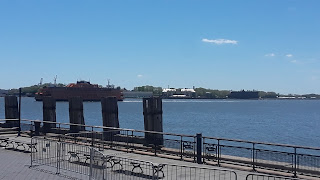 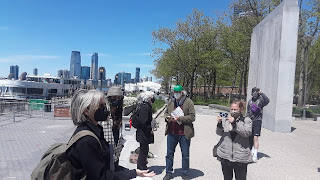 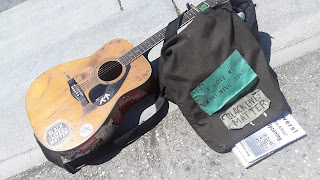 Posted by Benjamin Shepard at 11:29 AM