study in sylvia #2 - in conversation between neighbors 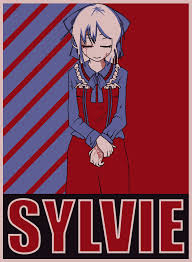 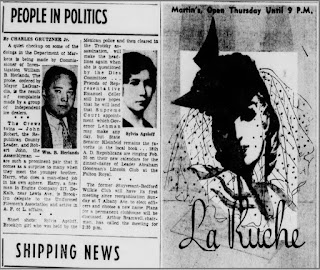 
We all have our hallucinations.
For  a while there, Nora felt consumed by nausea on the trains:
“Sometimes I got off the train. Missed appointments. Took the bus. Sometimes I walked home—once all the way from Grand Central Terminal more than 7 miles away. I’m sorry, I said when I got home, to the person I lived with and no longer loved. Maybe something is really wrong with you, he said. Yes, I thought. The doors kept closing.”
The doors keep closing.
And opening.
That house she walked a few streets down.
A long walk from  Grand Central,
to  Brooklyn.
But its a walk we've all taken.
Once I had to sleep on the Manhattan Bridge.
Before I made it back.

On the way we see
The world.
The bits of refuse.
The shapes.
Scaps of paper.

Sylvie is the name an unknown person scrawled in a child's hand on a list I found
on my street, in a dream.

I never knew what the paper was saying.
Or why I found it on the street.
Or who Sylvie was?
Or why she came to me.
My friend Leslie lives next door.
We talked about the dream.
Thinking about Sylvie.
Riffing on  the name like jazz,
She improvises:
Sylvan
Sylvania
Sybil Sasson (from your trip to the museum)
Sylvia Rivera from the riots.

and
syl  acronym in texting for: see ya later!

Turning 50 .. stirred up your soul?
Loss in a dream is very painful, but it smacks of wanting something
and wanting is so much better than not wanting.

But not knowing what.
A stranger outside the house saying wake up - because they could hear you from the street?
This is unnerving. it's like there aren't any walls. The walls we think are around us are merely visual but they're not real. no walls, no boundaries. you're not alone.. everyone sees, hears.

That makes me feel ...
agoraphobic
and
unlonely
and
like your dream-logic knows better than your waking logic

you lost your little one
you lost your notebook
you couldn't get to a note flying down the street - so you never got a chance to read it
argh!!!

That lost one:  implies a treasure, a message, something, content, importance...

And.. then you actually do find a note, the big one, with Sylvie.

The kids are out selling cookies on the sidewalk
The little Capitalists! what kind?.

And one of the kids, unknown to you which one I take it,
leaves behind a piece of paper that has the list:

in BLUE CRAYON
A kids inc.
blue. not black. blue.
Those kids. with their blue crayons. Their blue chalk left on the sidewalk.

Sho brought her, you ask?
Was she part of the dream?

The sense of chasing after things blowing in the wind, thrown out
almost missing them
important things
and actually, finding them..
a feeling like.. wow, what a miracle, you actually found this thing that might have just blown away
like other things before

Why do people need lists?
because they might forget otherwise.

That's a big one.
what is it they might forget?

What does it mean that if they didn't have the list they might forget to pray?
To eat lunch?
To pick up Sylvie...

If Sylvie involves a verb, what's that verb?

And I'd say "I'm worried about you because I hear you screaming"
Or
"I'm overcooked! I cost fifty cents. I shouldn't be sold, I should be given"

Hey I just realized - my relative was Sylvia Ageloff.
Raymon Mercador wooed her for two years, got to Trotsky through her and killed him with an ice-axe.

Sylvie the anime character.
A lost child.
Otherworldly hero.
Invisible to history.
Wind blowing.
We can only see the leaves shuffle.
A note blowing down the street.
Stuck in the garbage.

One possibility after another.
What about Sylvie?
Seeing Sylvie everywhere?
That's how you do it.

Let her go, too. that's a good trick.
You won't be able to.
She'll come back

Posted by Benjamin Shepard at 5:13 AM