An Ernst Ludwig Kirchner Morning at the Neue Galerie 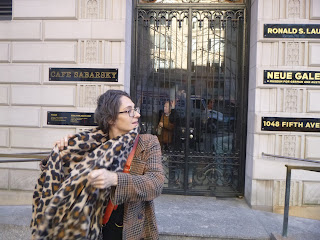 Caroline  outside of Neue Galeria 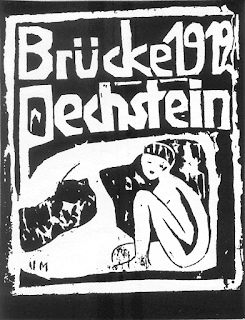 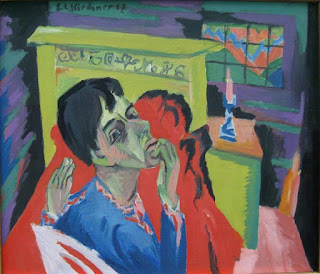 Studying in  Munich over three decades ago, Caroline loved to take on the work of
the Blue Rider expressionist art movements  of the early 20th century. One of her favorites of these artists was Ernst Ludwig Kirchner, whose work exploring questions of freedom and expression, lines between reality and  art, excavating the interior terrains of a world  seemingly losing its mind.  The Bridge, or Die Brücke,  a group of German expressionist artists in Dresden in 1905 straddled an old world and a new.  The war left the old torn apart by  mass collective  suicide, leaving the survivors with little but the need to create something new.
"My favorite was Macke."
Kirchner barely survived.
When he came back from the first war he was not the same.
We explored his work this morning  at  the  Neue Galerie.

The expressionists tend to give me solace, especially when the world feels mad.

Before going inside, we enjoyed a quick lunch at Café Sabarsky, at the café at  the corner  of  86th and 5th Ave, chatting about our new war and what can be done  about it.
The  place is full  of  Viennese Ex Pats and  travelers, renegades and degenerate artists, refugees of that old world.   Upstairs, I walk by the portrait of Adele Bloch-Bauer, the Woman  in  Gold, who I first met at the Belvedere when Caroline was in Munich, and she still lived in Vienna, before making her way across the ocean  to New York, occupying a room down the hall from other works by Egon Schiele and Oskar Kokoschka.
Downstairs are pictures of Adele by kids from Vienna imagining what her life was would be like here.

The next flight up the Ernst Ludwig Kirchner show  highlights his early work, influences, images of his studio.
Each room features sketch books of images that became his paintings.
“You can see Van Gogh and Matisse in it,’ says Caroline.
“And Toulouse-Lautrec…”
The cabaret and the nudes, woodblock prints and Berlin street scenes, his self-portraits and reflections on one war and then a second, melancholy and trauma, sex workers and johns, terror and departure.
It is not a new story, but who could blame the veteran of the first world war, who took himself out the eve of the second?
Looking at the work, I want to go home and write.
Thank you for the splash of colors.

October 3, 2019
- January 13, 2020
Ernst Ludwig Kirchner (1880-1938) is one of the greatest German artists of the early twentieth century. This exhibition pays tribute to Kirchner’s inventive genius with a focus on his highly individual approach to color, which he viewed as the fundamental building block to his paintings. Yet Kirchner was a multi-talented figure and his work encompassed various media—painting, sculpture, drawing, printmaking, photography, and even the decorative arts. Rather than accepting the traditional hierarchy that placed fine art solely at the pinnacle of an artist’s achievement, Kirchner compared his activity in these different fields to “a tightly woven, organic fabric, in which process and completion go hand in hand and one aspect drives the other on.”
This exhibition demonstrates Kirchner’s seminal importance in the development of the Expressionist movement in Germany. Beginning with his years as a founding member of the artists’ group Brücke (Bridge), the show is organized chronologically, encompassing the periods that he spent in Dresden and Berlin and later in the bucolic Swiss mountainside resort of Davos. These three phases are presented in the main galleries on the third floor of the Neue Galerie, alongside a small room dedicated to his work during the war years. The exhibition continues on the second floor in the museum’s Drawings Gallery, where Kirchner’s extraordinary achievements as a printmaker are examined. In these prints, he was at his most experimental, producing art of rare beauty and strong emotional appeal.
In its totality, “Ernst Ludwig Kirchner” underscores the artist’s evolving approach to color and his uncanny ability to capture the spirit of his time. He was profoundly affected by the experience of military training during World War I. This led to a complete nervous breakdown, the effects of which he continued to suffer for the remainer of his life and which probably contributed to his suicide in June 1938 at the age of fifty-eight. His tremendous achievements were remarkable and it is our hope that his work will continue to inspire and spark dialogue.
“Ernst Ludwig Kirchner” is organized by Neue Galerie New York and co-curated by Jill Lloyd and Janis Staggs. This presentation unites paintings, decorative works, drawings, and prints, and is comprised of loans from public and private collections worldwide. 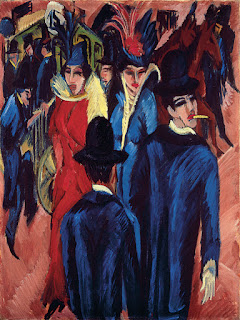 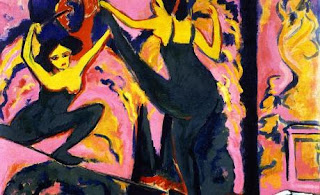 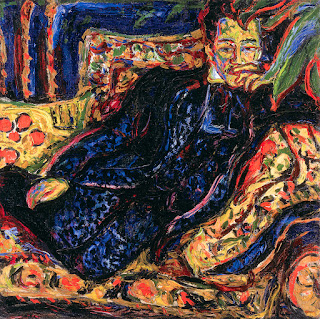 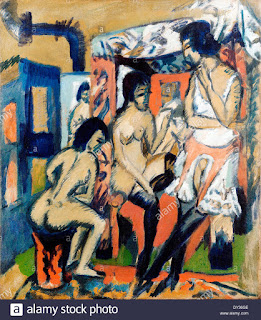 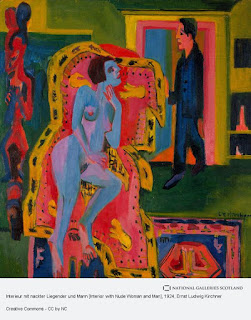 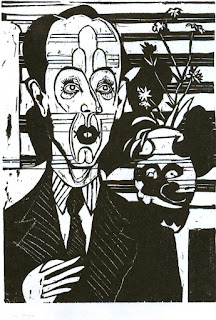 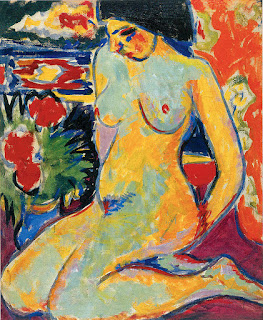 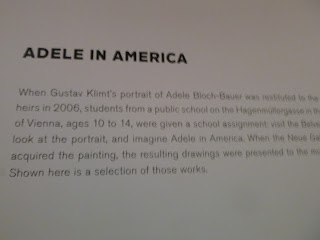 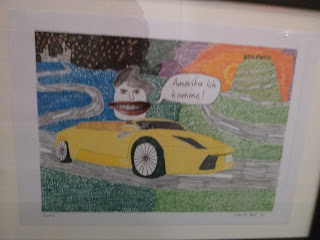 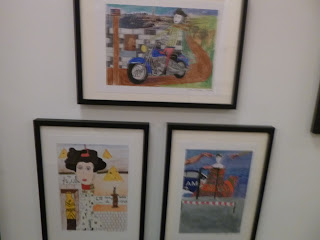 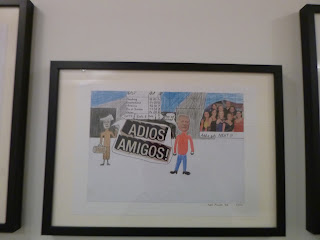 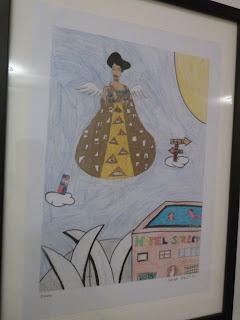 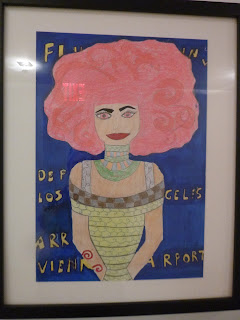 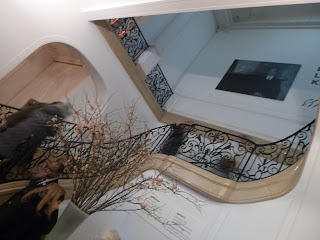 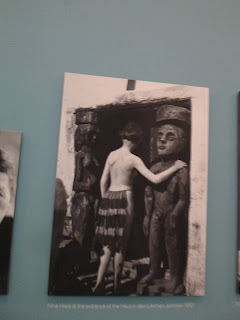 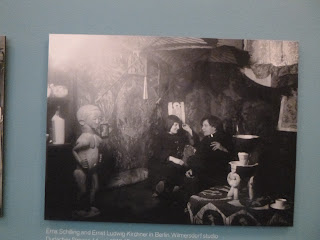 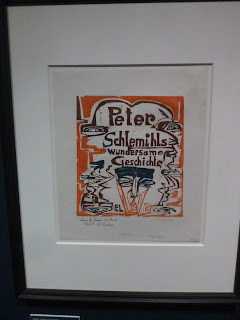 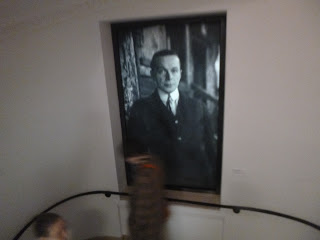 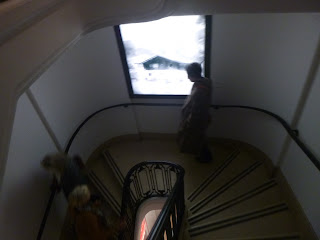 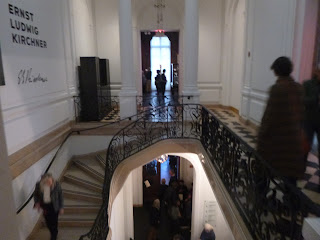 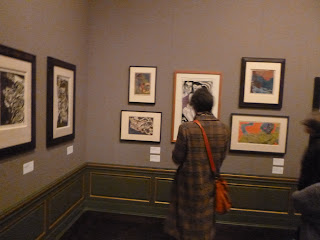 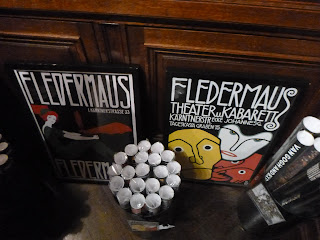 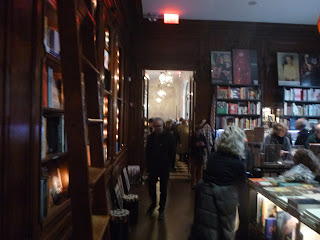 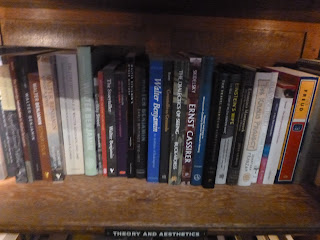 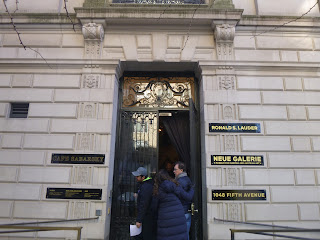 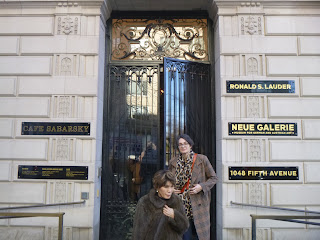 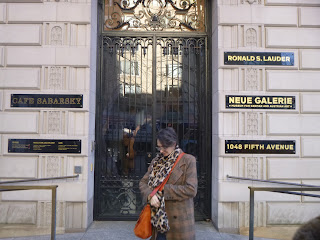 Posted by Benjamin Shepard at 3:32 AM