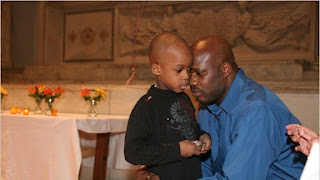 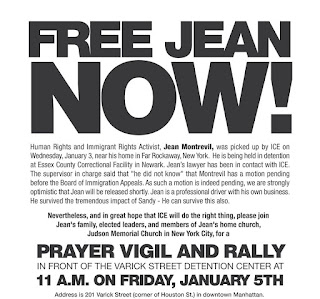 On Sunday, I went to Judson Memorial with my kid. She is a part of Sunday School class with Jean Montrevil's kids, including Jahsiah, seen with his father above. His father was recently deported.
His mom send me a petition. about his situation, about what he was feeling.

Hi, I am Jahsiah. I am 14 years old. I am the son of the 49-year old Haitian immigrant Jean Montrevil. He came to the US from Haiti with his twin sister, Rose Montrevil, in 1986, when he was only 17 years old. On January 3rd, 2018, my dad was detained outside of our house on his way to work. Later that day, he was sent to Essex County jail in New Jersey. He remained there for 2 more days. On Friday, he was flown down to Krome Detention Center in Miami, Florida where he currently is. He has been struggling with U.S. Immigration and Customs Enforcement (ICE) since 2005 when he was first detained, 13, years ago. ...he has a community that loves him and a family that NEEDS him. Being deported back to Haiti would mean him losing everything he has worked for. His family, job, and whole life is in the US. If he got deported, he would have to go through a process in which you must be interviewed by the Haitian government and a family member must come and sign you off. Since he has no family in Haiti, he would have to serve jail time in Haiti unless he could somehow pay them. It's sad how they try to make money off of deportees in Haiti. Haitian jails are dangerous and many people have died inside Haitian jails. So please help to release my father from detainment before it is too late because no one should have to suffer the pain of losing a loved one to deportation. I am asking you to help as a son and an immigrant rights activist. If you were me and I was you, wouldn't you want me to help?
This petition will be delivered to:
All of Judson was buzzing with energy about Jean's deportation.  Michah Bucey
talked about the way ICE told him the vigils and Jericho walks members of the congregation and the New Sanctuary movement organize and take part in in support of immigrants, were getting to be a real annoyance for ICE.

Take part in another vigil for everyone facing deportation this Thursday.

Solidarity Vigil Against Deportation
Public
· Hosted by UnLocal, Inc. and 8 others

*PLEASE RSVP ON EVENTBRITE (link above under address)*
New York City families deserve dignity and respect. Each day, dozens of New Yorkers facing deportation must check-in with ICE Officers at 26 Federal Plaza. When they enter the building, they don’t know if they will be able to see their families again. Now more than ever it is important to show solidarity in the face of policies that threaten our communities.
Join us for a Jericho Walk to stand with individuals and families facing deportation. This interfaith act of solidarity will bring together advocates and supporters to show immigrants that they are not alone.
At 9 am, we will begin the Jericho Walk, circling the building in silence and thoughtful prayer. Though we walk in silence, our actions speak to the injustices that our communities face. 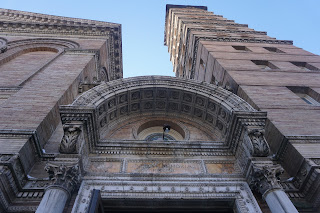 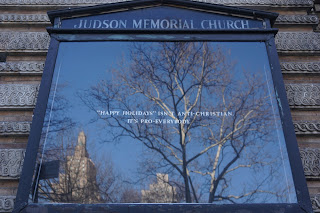 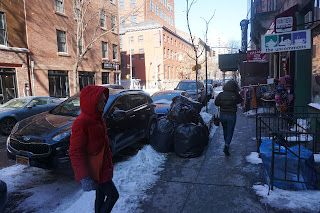 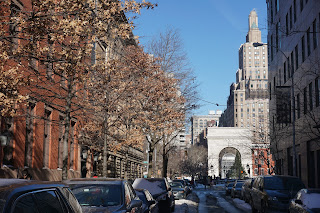 For background on Jean's case and things you could do.

We ask ICE’s New York regional director, Thomas Decker to correct the apparent clerical error that failed to enter the information about Jean’s pending legal case by immediately releasing Jean from detention and to grant him a Stay of Deportation, or at least to continue his order of supervision pending a decision on his various legal cases.  CONTACT INFORMATION FOR MR. DECKER IS 212 264 5939 AND FOR HIS ASSOCIATE MR MECHKOWSKI IS 212 264 0565.  EMAILS are Thomas.decker@ice.dhs.gov and Scott.Mechkowski@dhs.gov.

Background:
Jean Montrevil is a businessman, community leader, and father of 4 US citizen children, for whom he is a primary caretaker and provider.
He came to the US in 1986 legally, with a green card, when he was 18 years old, after the death of his mother in his native Haiti.  His father brought him and all his siblings to the US; he has had no reason to return and instead, has made his life in New York City ever since.
Why does ICE want to deport him?  Why shouldn’t they deport him now?
In 1990, Jean was convicted of possession, with intent to sell, of a controlled substance.
Such a conviction brings an automatic deportation order under current immigration law.
Jean served his sentence, which was reduced for good behavior, and kept all his subsequent parole appointments for five more years.  Since then, he has been under an ICE order of supervision and has kept every one of his check-in appointments for more than a decade, even during a period when ICE harassed him by making him check in almost daily (apparently to try to make him leave the country voluntarily.)   He has had no further criminal convictions.

He has “paid his dues to society” for his youthful mistake and has displayed exemplary character ever since. He should not be a target for immediate deportation – he is not a danger to the community or a flight risk to be detained.

What happened this week?
On Wednesday, Jan. 3, 2018, as Jean was returning to his home in Far Rockaway after his day’s work, he was surrounded by four cars filled with ICE agents, who detained him and took him to ICE headquarters at 26 Federal Plaza, where he was told he would be detained for immediate deportation.
He was then transferred first to the ICE temporary detention facility at 201 Varick Street  for processing and then to the Essex County detention center in New Jersey.
Jean’s lawyer, Joshua Bardavid, checked as of Jan 4, 2018 and learned that Jean’s legal case has not yet been decided.  Jean was told at his last ICE check-in a few months ago that he would not be deported while his legal case was still pending.

But the ICE agents who picked Jean up Jan. 3 and their supervisors said they could find no record of any legal case for Jean since 2008 – a clear clerical error, at the least.
His lawyer has now filed an Emergency Request for a Stay of Deportation and a Petition for Habeas Corpus to have Jean released, in the Federal court for the Southern District of New York.  He had previously filed for Stays of Deportation with ICE and with the Board of Immigration Appeals but those motions also have not been decided.

Jean’s History with ICE:
At the end of Jean’s parole period in 2005, ICE detained him for deportation, but because Haiti was not accepting deportees at that time, the law required that he be released with an order of supervision, meaning he had to check in with ICE regularly.  He has complied with all of ICE’s orders ever since.

Nevertheless, on December 30, 2009, ICE swooped in and picked him up, detaining him for immediate deportation.  His community – church, family, friends, colleagues in the New Sanctuary Coalition – responded in force, with demonstrations, calls, letters, petitions, emails, and enlisting elected officials’ concern.
At the detention center in Pennsylvania, Jean noticed that one of the younger men was sick; as the group of Haitians was being lined up to get on the airplane to Haiti, Jean pointed out that if this young man were sent to Haiti, he would be jailed (like all Haitian deportees, who the Haitian government regarded as dangerous criminals) and in the terrible conditions there, would probably die.  ICE pulled the young man, and Jean, off the line at that point, to wait for the next plane the following week.  Before then, Haiti suffered a traumatic earthquake, and suddenly Jean was released without explanation.  (The other Haitian detainees in that detention center were kept another six months before release.)

A few months ago, ICE picked him up again, but when they learned that he had a legal appeal pending from his original order of deportation, they assured him that he would not be deported until that legal case was decided.  From all his years of checking in with ICE, they are well aware that he is a man of good character, no danger to the community, and not a flight risk.
For those reasons, he is not in a priority category for immediate deportation.


Furthermore, when ICE realized a couple of months ago that Jean has a pending legal case, they told him that he would not be deported until it was decided.  MAIN MESSAGE IS HE HAS A PENDING LEGAL CASE BEFORE THE Board of Immigration Appeals.

Jean's case is one many potential deportations. Thursday. we'll hold another solidarity vigil.
Join us.

Solidarity Vigil Against Deportation
Public
Posted by Benjamin Shepard at 5:21 AM