State of Disgrace and Direct Action, with a little love from our friends

In a week when the raids on immigrant families continued and the Republican congress announced plans for severe cuts to social security and safety net programs for the poor, activists around country let the world know what they thought about the state of the Union.
Nancy Pelosi responded to the proposal to raise the retirement age:
“While Speaker Ryan sharpens his knives for Medicare, Chairman Johnson’s bill is an alarming sign that Republicans are greedily eying devastating cuts to Americans’ Social Security benefits as well.
Cutting Social Security would have devastating consequences for Americans’ retirement security.  At a time when Americans are more anxious about their retirement than ever, the top Republican on the Social Security Subcommittee is rolling out legislation that cuts benefits by more than a third, raises the retirement age from 67 to 69, cuts seniors’ cost of living adjustments, and targets benefits for the families of disabled and retired workers.
Slashing Social Security and ending Medicare are absolutely not what the American people voted for in November.  Democrats will not stand by while Republicans dismantle the promise of a healthy and dignified retirement for working people in America.”

For the first time in a while, the week included some good news.
Activists with the New Sanctuary Coalition celebrated the release of immigrant
rights activist Ravi Ragbir, from detention.

If anyone ever questions the utility of direct action and advocacy, point to this example. We are guaranteed to lose if we don't try. But sometimes when we try we win. Bravo!

In a broad and eloquent statement, the judge had Ravi released today, arguing that ICE’s regulations are like a corn maze, that there were constitutional events of great size involved and that ICE was acting against activists in an Un American way. She gave a very broad, clearly already prepared statement, uplifting Ravi and the American way of life.
Ds”
Meanwhile immigrants are facing checkpoints, having their papers checked at work, and losing rights to counsel in courts, even as families are being torn apart.   And many wonder if a bit of our humanity is being lost in this crackdown on families.

Watching these events, one friend told me he was experiencing panic attacks and fears that tanks would roll in through the streets, cutting off wifi, canceling elections; others are using as much of our right to free speech as we still have to speak out. 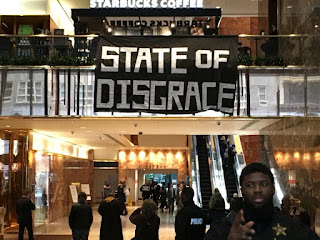 Jackie Rudin shared Rise and Resist's post — with Alexis Danzigand 21 others.
January 30 at 3:50pm · New York, NY ·
Today Rise and Resist did a banner drop and civil disobedience inside Trump Tower to protest Trump and the Republicans State of Disgrace! 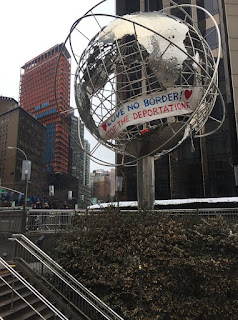 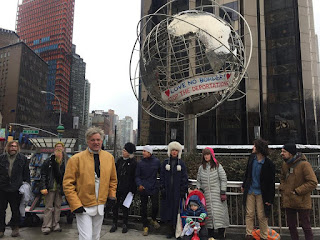 Last night, I heard the hollow applause of the State of the Union echo from inside the walls of the 7th precinct. Just before noon, Robin, Savitri and I climbed into the stainless steel globe that is held captive in front of Trump's tower at Columbus Circle, while hotel guests munched on lobster and tried to avert their eyes and a crowd formed beneath us nodding, cheering- New Yorkers, immigrants, friends.
Since DT has begun his reign, he has hunted after immigrants with a vengeance, with a 43% increase in arrests by ICE agents, and yet there has been a decrease in deportations for a few reasons- one that they are arresting more people than ever who have not committed a crime which clogs the immigration courts and another, very importantly- a mass refusal to comply from local officials and the power of the people who stand up and say, no.
It does make a difference.
We can make a difference together. We can choose to uphold an unjust system or we can dismantle it and build the new.
You have friends, lovers, family members, co-workers, teachers who are immigrants. We could watch it play out like a movie before us and let them be ripped away or we can stand up, we can recognize our humanity, the fiction of borders and that we share this earth together. And NO ONE IS ILLEGAL!
I am constantly humbled by the work people are doing every day to fight, accompanying people to ICE check-ins, providing legal support, being good friends. Thank you.
After 12 hours, first in the precinct, where we were joined by 30 Rise and Resisters who occupied Trump Tower moments after we were arrested, the cells bouncing with voices of support- Thank you's, messages of love to another, checking in on each other, many of them silver-haired and smiling, over 60 years old.
The whole jail full of joyful dissidents.
We watched each one of them leave.
and then the late night transfer to the tombs where we were certain we would remain til morning.
We heard a man, a prisoner, behind a wall, moaning, cursing and spitting, vowing vengeance on the 6 officers who beat him. "I know you can hear me!" he kept roaring.
After being processed again, denying retinal scans, passing through medical questions- are you suicidal- as if she asked, is it raining outside?
with five minutes to spare, we were whisked out into the bright lights of court- always a shock to suddenly be hurled into the simulated respectability of the court room. and there, glowing, were friends to greet us.
and out into the empty streets of China Town to finally eat a meal.
my fortune cookie said: "The best thing about giving is that the reaction is always greater than the action."
Community! 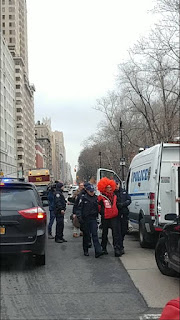 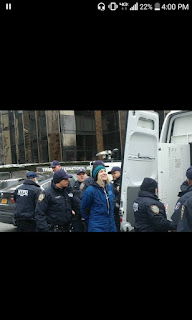 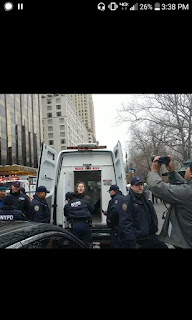 Last night a few of us celebrated everyone’s efforts and sang with our friends who had been in jail.

We who engage in nonviolent civil disobedience to call out capricious power and intransigent evil love our support teams.


Support is made up of folks who are an essential part of the planning of an action. They attend meetings, and share their opinions and concerns. Their observations help make an action stronger, safer, more grounded. Support is there when people risk arrest, and they follow arrestees to where we are taken to be processed by police.


Support is there, hours later, when we're released, whether it's that night, or the next day.

In this photo, Alexis is smiling because she SEES the RAR support people, and she knows they're there for us.
THANK YOU, SUPPORT! We couldn't do this work without you.

Bravo to the resistance, the messy streets of New York City, and its scrappy people. 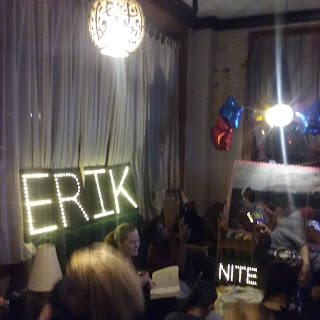 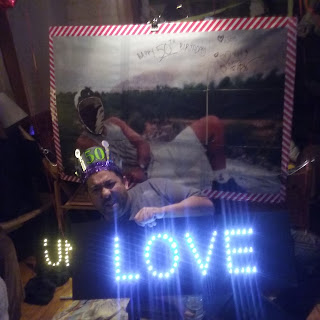 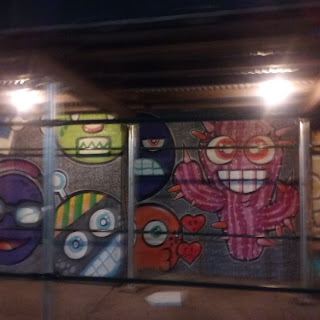 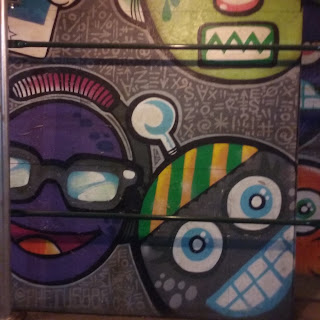 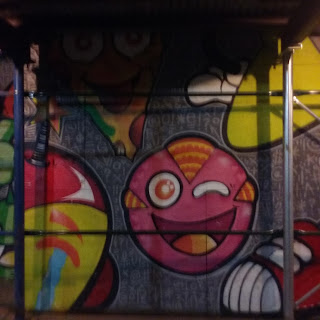 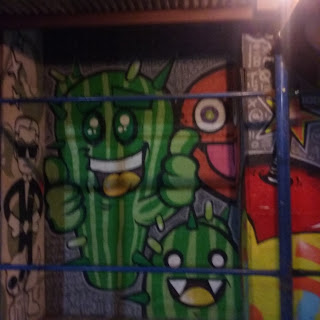 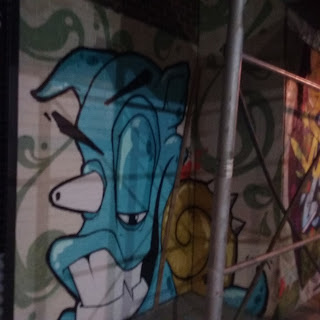 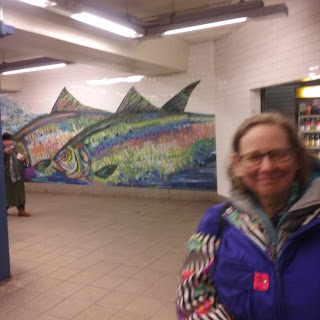 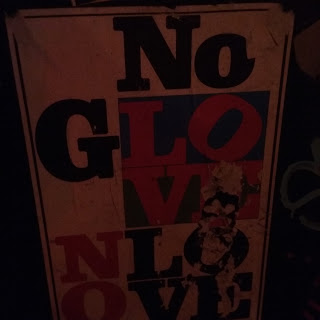 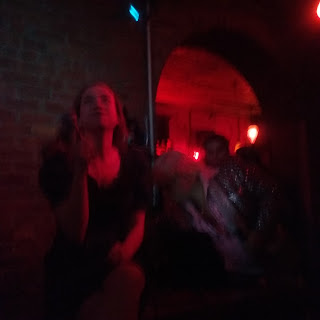 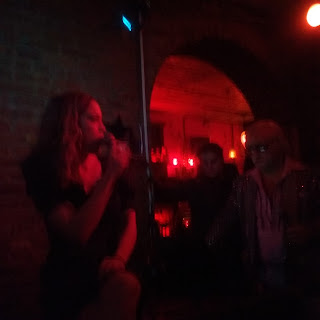 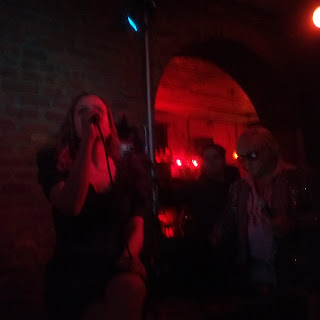 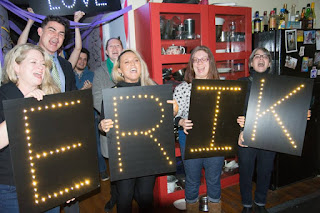 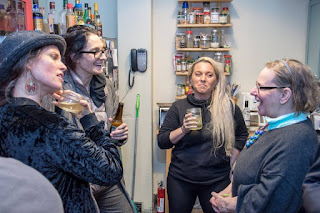 Before we all left, Erik reminded us that we were making a difference.
He talked about a protest several of had attended, a few weeks earlier/
Yesterday, he posted a link with the message:


Erik R. McGregor shared a link to the group: Rise and Resist.

ACTIVISM GETS THE GOODS!!! Choker Cop NYPD Amado, Badge #9643 was moved from the Strategic Response Group back to regular patrol duty as complaints keep being filed with CCRB, hopefully will lead to his termination.

NYPD Moves Cop Out Of Special Unit After Chaotic Protest
A Strategic Response Group officer has been moved back to regular patrol duty after the Jan. 11 rally.
PATCH.COM

Posted by Benjamin Shepard at 7:50 AM