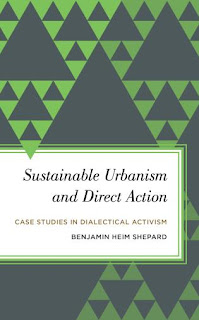 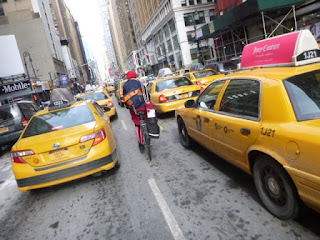 This world contradicts itself. . . . Dialectical thought starts with the experience that the world is unfree; that is to say, man and nature exist in conditions of alienation, exist as “other than they are.”

— Herbert Marcuse, “A Note on the Dialectic” in Reason and Revolution: Hegel and the Rise of Social Theory, 1960.

Alienation extends everywhere, but so does connection. This is just part of life in cities. It certainly was the other day. I was with a group of cyclists on a naked bike ride. As we zoomed down Bleecker Street, in the West Village of Manhattan, past the apartment where Bob Dylan wrote “A Hard Rain’s A-Gonna Fall,” this group of semi-clad and nude cyclists was ringing their bells, dancing, and vamping it up for onlookers, when a police car (disguised as a taxi cab) reeled through the traffic, its horns blaring, forcing the cyclists to pull to the side. Several cyclists were arrested in what felt like a rehash of a clash dating back to the days of the Dionysus cults (Ehrenreich, 2007; Maffesoli, 1993, 1996). Riders expressing a sense of freedom and liberatory play, clashing with the forces of order, the conflict seemed to pit the linear logic of Apollo against the paradoxical, irrational Eros of Dionysus. It is a conflict that takes place every day here. Our sense of a carnival is their sense of disorderly conduct. A dialectic of freedom and control influences the politics of public space, lending itself to an ever-expanding understanding of our totality.

And so begins Sustainable Urbanism, my book about social activism and social theories and the clashes that inform our lives and history.

It was supposed to come out four years ago. But like a lot of things in the Trump Era, it got derailed. A trial of editing chaos, hiking trails through Spain, a broken arm in Italy, a snorkeling trip in Jamaica, missed deadlines, disappearing editors, missing friends, lost manuscripts, a novel from San Francisco, a lost map in Shinjuku, scheduling miscues, activism, wildfires and plagues followed. As I finished the final round of edits, we went into quarantine in New York as a global pandemic changed everything. Mother earth seems to be taking things into her own hands. The result is a book about a current moment and an historical moment simultaneously, as history unfolds intoan ever-flowing present, connected and separated with everything around it. Written in the summer of 2020, the afterward considers some of the mutual aid that took shape during this period. It is probably better that way.And so it finds the light of day, in the fall of 2021, seven years after the Global Climate March in New York City that a quarter million of us participated in, and countless floods, storms, fires, pipeline actions and such later, a look back and forward to the ways we are trying to make cities and by extension, the world livable and sustainable.

Urban activism can manifest in many guises, from community gardening to mass naked bike rides. But how might we theorize the evidence of the collisions between social forces that take place in our streets and public commons? Cities are formed through these collective collisions in time.

Dedicated to Stanley Aronowitz, this book draws on the author’s own vast experience as an activist to make links between a theory of practice with rich discussion of the histories of conflicts over public space. Each chapter examines activist responses to a range of issues that have confronted New Yorkers, from the struggle for green space and non-polluting transportation, to housing and the fight for sexual civil liberties. The cases are shaped through interplay between multiple data sources, including the author’s own voice as an observing participant, as well as interviews with other participant activists, historic accounts and theoretical discussion. Taken together, these highlight a story of urban public space movements and the ways they shape cities and are shaped by history.

Benjamin Heim Shepard is an exuberant and indispensable chronicler of contemporary urban life and grassroots organizing. With this volume, he brings together the energy of the street and the nuances of theory to produce a fascinating account of how activists are contesting and redefining urbanism for our time.

— L.A. Kauffman, Author of Direct Action: Protest and the Reinvention of American Radicalism

On Sustainable Urbanism and Direct Action, a conversation between Benjamin Heim Shepard and LA Kauffman

On Storytelling and Sustainable Urbanism.

Come bring one of your own, a poem or story to the Mud Ball ball. The Fall Ball  10/2 culmination village plaza: a wide open spacious Plaza Efimera. A bustling village center that also creates beneficial succession of air, water, soil, and selves.

This volume is an epic and essential activist primer exploring the many current Social Movements with a serious personal investment as well as a sense of humor. Ben is not only a dedicated activist but also a scholar, historian and a very gifted writer. He tackles a huge range of issues but is able to give them a coherence and context which ultimately makes the whole greater than the parts. A celebration of the activism of everyday life!

How can we build and sustain community in urban neighborhoods? Ben Shepard deftly melds centuries of theory and decades of insights from seasoned activists to produce compelling answers. Shepard playfully paints vibrant portraits of potent campaigns to reclaim and remake public spaces for the common good. From mobilizations to protect affordable housing, community gardens, bike lanes, and public health, to innovative efforts to create economic and social justice for all, Shepard forges viable pathways towards a desirable 21st century. A must read for engaged scholars and activists seeking to make a sustainable urbanism.

In this well-written account, Benjamin Shepard shows how publics, places, and propitious moments combine to reveal the dialectical interplay between urban order and resistance. Shepard skillfully invokes the work of revolutionary thinkers and activists, such as Marx, Lukacs and Goldman to elucidate his case studies. He delivers a host of concise, colorful narratives about practicable public spaces, while relating a bigger story about the city, where contest is the requisite buy-in for personal and collective freedom.

— Anthony Maniscalco, Author of Public Spaces, Marketplaces, and the Constitution

A great read, full of hope and progress from an activist who dives deep into the struggle in the city that never sleeps. While sharing both theory and action, Shepard's book is serious fun, powerfully framed by mutual aid, the feeling of immediacy and his awareness of the effectiveness of protest.

Participate in any action in New York, and you’ll have a strong chance of coming across Benjamin Heim Shepard. For thirty years, this big, rugged, brown-haired guy with the look of a leading man has been in all the battles. He’s protested for bike lanes, community gardens, with drug users, against the pharmaceutical industry… Some people practice sports every day. Benjamin protests every day. “Every day,” he says, as if he’s delivering the secret of youth.

Benjamin Heim Shepard is an organizer, ecologist, provocateur, theorist, and community historian -- a true trickster poly-math -- and he brings all these gifts and lenses to his latest work, Sustainable Urbanism: Case Studies in Dialectical Activism, guiding us beyond gentrification to a livable, post-carbon city. 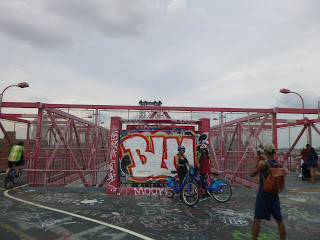 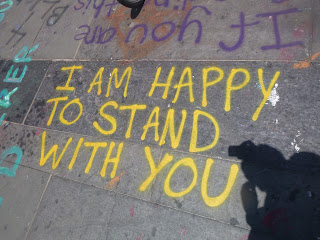 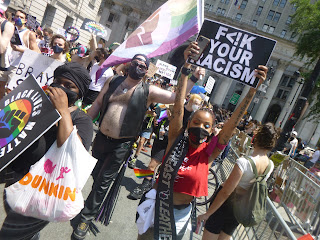 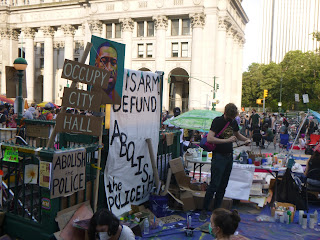 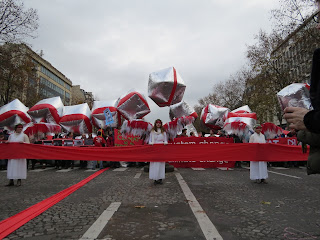 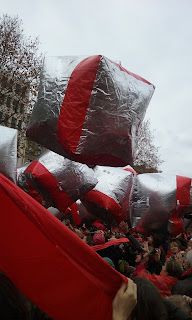 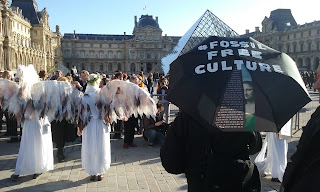 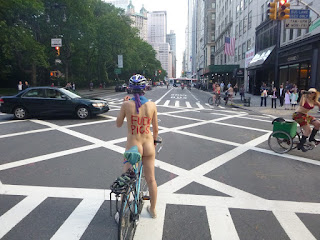 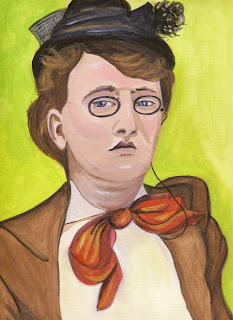 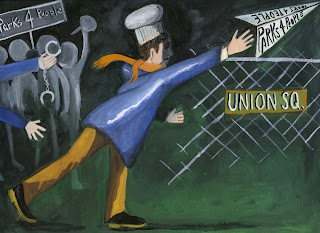 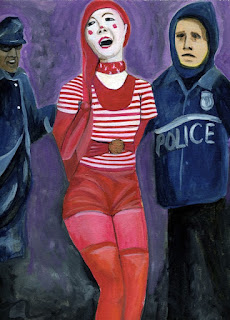 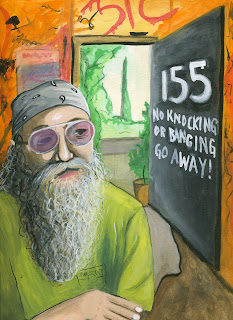 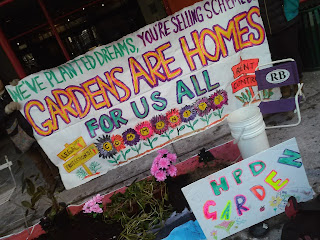 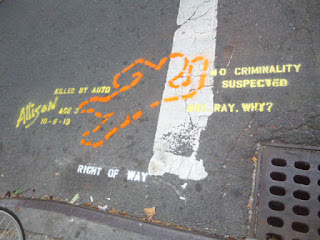 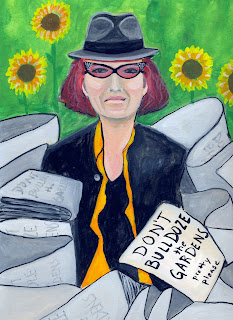 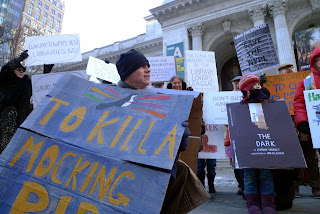 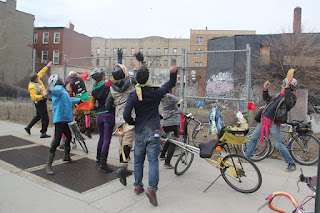 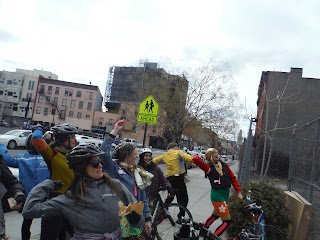 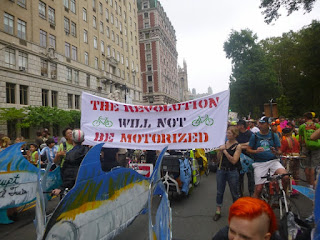 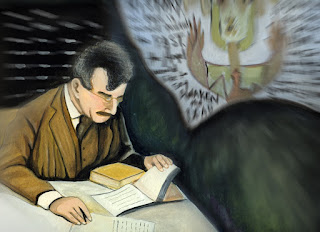 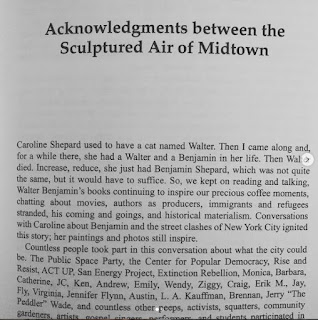 Posted by Benjamin Shepard at 8:43 AM