Lost in the Movies - On Jonathan Demme


There are certain film moments that are hard to shake. For me, it was going to see Stop Making Sense, the Killing Fields and Swimming to Cambodia in the mid-1980's.  Each pointed to a place I might be going or had been into the unknown.

Sitting watching Stop Making Sense in 1984 at the back of the Inwood Theater, I remember that feeling that this was about a scene, a show developed over years.  This was a part of a New York that I might know. And it certainly was.  By myself in the theater that 14-year-old kid in Dallas Texas knew this watching Demme's concert masterpiece.  Many of the same splashes of detail could be found in his silly and moving Ricki and the Flash, edited by my brother in law,Wyatt Smith in 2015.

Shortly after Stop-Making-Sense, my friend Tim picked me up to take me to see the Killing Fields, a gripping, painful story about the Kymer Rouge years, after the Communist Party took over in Cambodia in the 1970's.   The Killing Fields documents the story of a journalist caught for year zero in Cambodia. I had no way of making sense of the film, until Spalding Gray walked us through his take on the film a few years later.  My parents had seen a few of these things in their travel through Afghanistan in the 1960's.  But the revolutions of the late 1970s, civil wars, and revolutions left the world swirling.  Spalding offered us a personal take on the whirlwind of telling the story as history was happening.  My friend Rev Billy was profoundly influenced by Spalding, as were many of us. His death - a suicide hurling himself off the Staten Island Ferry - reminded us of just how fragile we can all be. Steven Soderbergh's And Everything is Going Fine traced this story.

A few months ago, I re watched Stop Making Sense with my own 14-year-old daughter. Its better than ever.

The director behind most of these stories was Jonathan Demme, whose textured work, spoke to monologue and music, longing and laughter, culture and terror. For decades you told us stories. There was something wild out there, he reminded us.  It was our job to hear those voices and feel that something deep inside us. Thank you for reminding us. 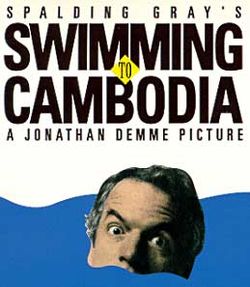 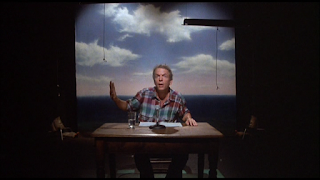 Posted by Benjamin Shepard at 6:54 AM