A Poem to My Friends, From Brooklyn Tides to Illuminations on Market Street 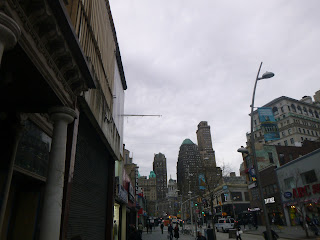 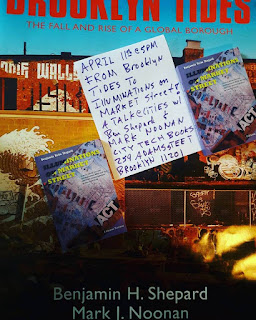 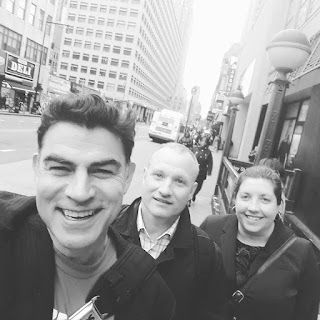 "And then we had to come back to fucking Brooklyn!"

There are days when my whole world comes alive,
Pieces from here connecting with others there,
As my whole opens,
Connecting people and ideas,
Dreams and  angst,
Stories,
And
Bike rides.
Movements.
Riding from here to there.

Up with coffee,
Only hours after leaving C’Mon Everybody,
Chatting with the kids.
Down the street to the bus,
Out to Jay Street,
Meet my friends with a banner.
Walk to the Manhattan Bridge,
Past the cyclists zooming about.
New York is not Amsterdam, they used to say.
But Janette reminds us New Yorkers have taken CitiBike for 75 million  rides
– triple the population of the Netherlands and Denmark combined.
Today other cities are saying they’re not New York.
Enjoy the ride.
In between them we hang the banner:
#7Kforadjuncts #CUNYNeedsARaise #resistausterity #PSCContractNow @SaveCUNY @PSC_CUNY @CityTechNews
Resist the austerity regime.
We heard about the death of an adjunct.
Some from stress.
Another from cancer,
too many classes.
Not enough time or health insurance.

“If adjuncts were birds, they would be fighting the drag of the air, exerting bursts of energy again and again and again. Thea’s friends said she admired eagles, delighting in how they soared. But she also admired the scrappy birds that would flap and dive and flap until they just couldn’t flap anymore.”
One year ago, another Thea,
lost soul flew from  the 16th  floor.

Back home I ride to regroup.
James writes, “BC chapter hosting a post-NYS budget announcement KICKBALL on the quad…”
Through the park to Ocean Ave on my bike.
Greg and Andrea and James there.
Banner drops to the left and right.
Ideas, words, images flying.
Kickball and philosophers.
Teaching and playing.
Hegel and Marx dueling.
To be or to do.
To do or  to be?
Is being doing?
Doing being?
Philosophers debating.
Back to  school  I ride,
To Jay Street,
Conspiring on methods and teaching.

Adjuncts left to cope on their own.
One trial after another.
Day after day.
Will direct deposit work?
Will the security take me seriously?
Does the school have my back?
Why are poems so threatening?
Why are white men so fragile?
One debate after another.
At 5 Mark Noonan and I talk about cites, Brooklyn Tides,
and Illuminations on Market Street, city tech bookstore
259 Adams Street,
Holy Brooklyn, 11201.
Lost and found.
Students and friends here.
Comrades there.
Trying to make it here.
From  there.
Brooklyn to San Francisco, cities defined by their stories,
Leaves of Grass,
Poems growing with City Lights.
Year after year into a new century.
Contending with tides  of people and  changes,
Ugly buildings and identical details encroaching.
Still more poems,
One  after another.
Its still fun to  share the stories.
Annie from Ghana asking questions.
Marnie
And
Katherine
And Julie
And students
And stories.
Snapshots  in time.
Still  lingering.
Walking down Jay Street!
Past Gage and Tollner.
My parents went here for their anniversary Caroline reminds.
“And then we had to come back to fucking Brooklyn!”
someone moans on their phone.
And I ride home.
Alive and grounded all day.
Nothing like starting the day with an action.
A poem, a street, a story.
Feeling holy,
Grateful for the friends.
Thankful for the freaks:

“To live as I have done is surely absurd…
My poems and paintings piled  on the floor…
To be with himself through storms and hardons
Through dusk and dawns.
To kick death in the ass
To be passed over like a bad penny
Raise up your cup and drink  my friend.
To the crippled and the damned.
To be lost and blind…” 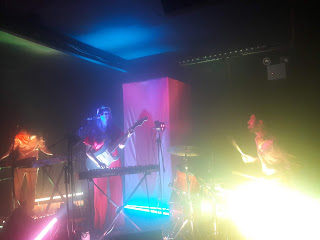 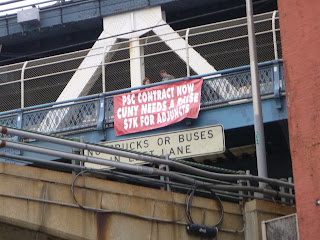 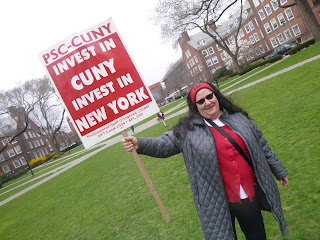 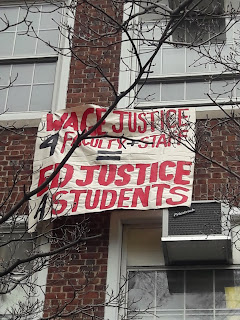 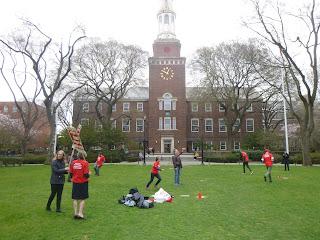 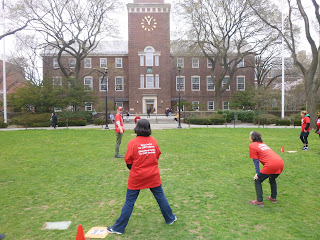 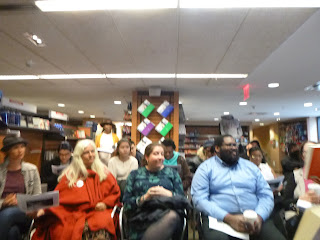 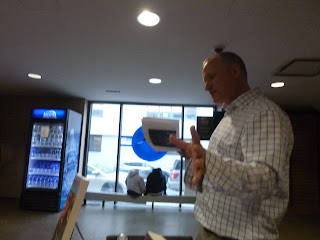 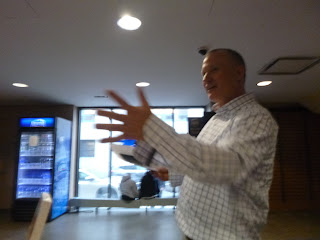 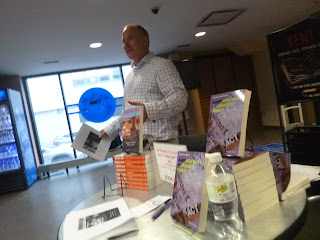 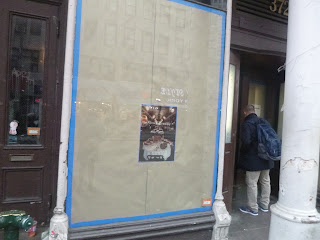 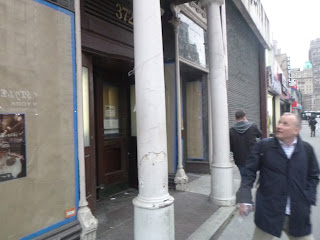 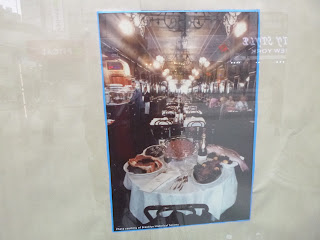 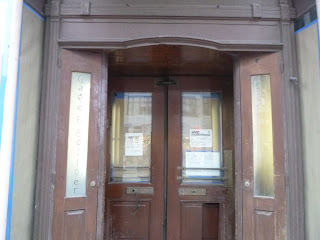 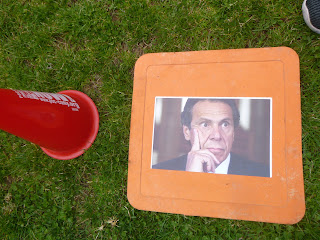 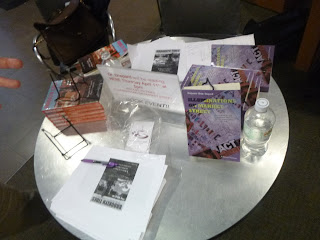 Posted by Benjamin Shepard at 8:54 AM