Summer Reading on the Beach 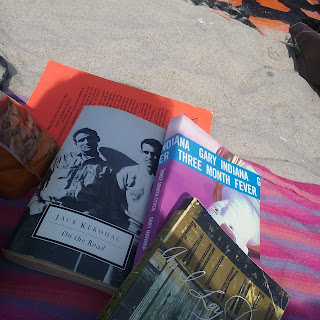 Caroline and I have always been beach bums. On our honeymoon we read books on the beach in Greece.We've been to beaches around the world, up and down the East Coast, the Gulf Coast, the West Coast, from the Caribbean to the South of France, where water cleansed.  But most importantly, we're glad to be at the beach at home right now.

Sometimes the beach just reminds us its ok to be alive.
So we took the subway out to 67th Street in Queens for a day at the beach.
I first came to this beach two decades ago.
"I used to hate New York beaches," I told a man standing watching his girlfriend swim.
"I know," he replied.  "I used to go to other states for their beaches."
"Now I love it."
The water was warm and refreshing.
I brought a few old paperbacks about the world, the summer I moved here in 1997 when Cunanan
was on the run, one of dad's favorite books about the road, found an old gumbo recipe he gave me
another pocket, anti-war flyers in another, and the waves rolled in.
We swam and played on the boogie boards and felt alive for
just a minute in time. It was ok just to alive and remember, alive and feel the wind, alive and taste the water, alive looking at the words, alive feeling the sun, alive with my family.

"Ben, we're just beach bums aren't we," Caroline smiled, in between reading about fin de siècle Vienna.
"Yes we are.  We always will be." 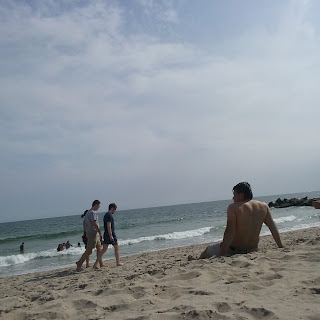 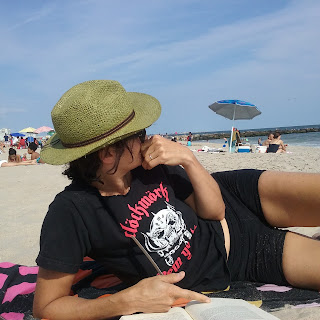 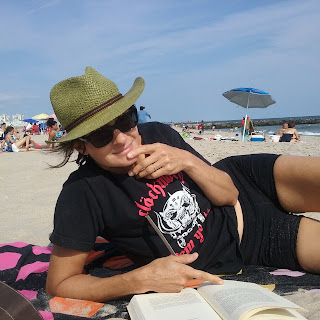 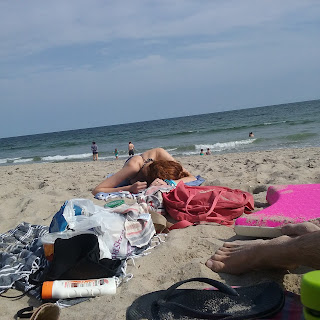 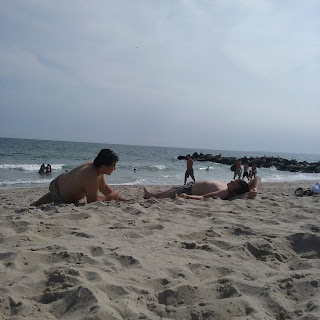 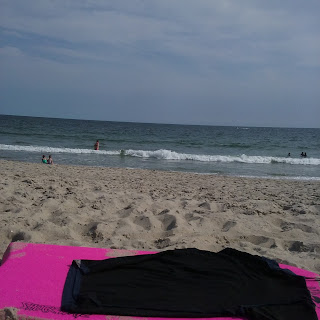 Posted by Benjamin Shepard at 6:38 AM