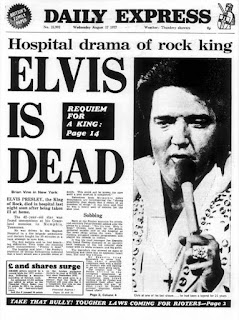 They say he had a hamburger in his hand when he died forty years ago in Graceland.  They found him cold, laying face down in his bathroom.  I was seven years old.  We were just moving back to Atlanta. He was leaving and we were returning in the South.  I remember talking with several of the movers in our backyard.  We talked about his life and what was left. Who was he I wondered. He looked like a bloated star, a part of the malaise that Jimmy Carter talked about. All I knew of him was the TV adds during daytime TV, lots and lots of TV adds for gold records, greatest hits, photos, Elvis in Hawaii, in Los Vegas. "Elvis the Pelvis," mom declared, still shocked about his TV appearances from two decades prior, when TV producers decided you could not show him below the hips on TV.  He was still dangerous. A few years later, I worked at the Sound Warehouse, doing inventory.  Thousands of his records filled the stores, thousands, zillions of memories and mysteries about his life and celebrity.

My favorite songs of his were always "Suspicious Minds" and "In the Ghetto." I still love the song. He clearly knew something was wrong in the world and sang about it, taking no small amount of flak singing Mac Davis' sad and beautiful words. 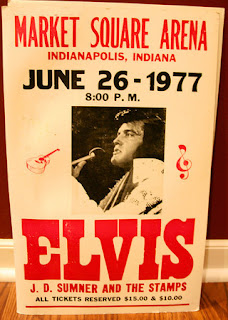 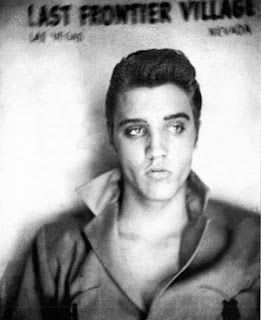 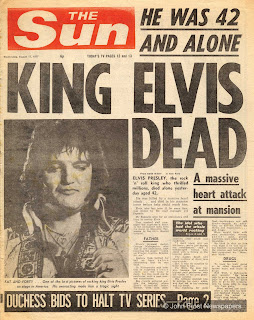 I always wanted his haircut. Yesterday, I walked into a barber shop in Brooklyn and asked the barber for a haircut just like Elvis.  I always tried, but could never quite pull it off.
Posted by Benjamin Shepard at 4:08 AM