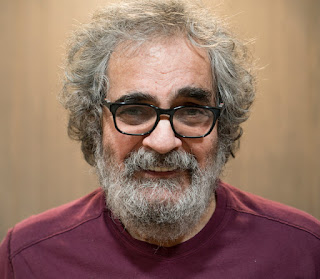 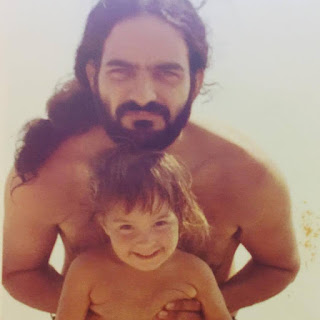 Al and his daughter Caroline
http://benjaminheimshepard.blogspot.com/2019/06/june-then-and-now-carolines-five.html 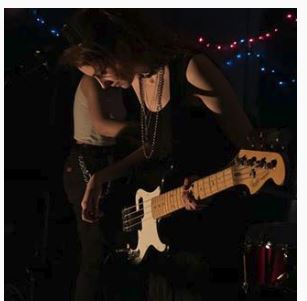 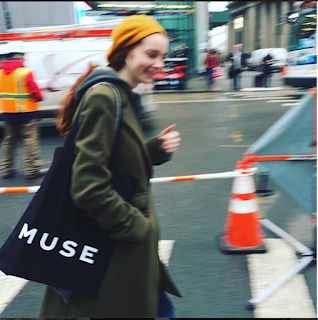 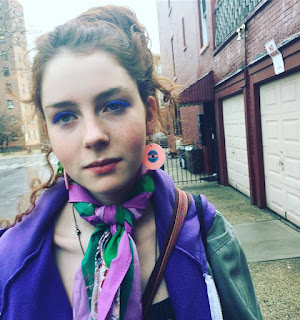 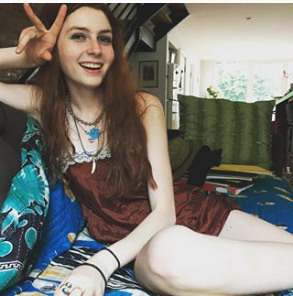 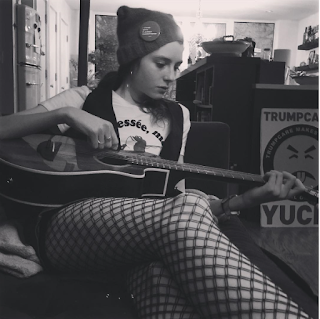 Dodi is a musician with the Cannibal Girls.

Blogger's note.
For years now, we've listened to Al Smith's stories about war and counterculture,
drugs and the Lower East Side, music and revolution, Black Panthers and Jimi Hendrix,
Aaron Copland and Allen Ginsberg, and his journey from playing klezmer music in the Catskills,
to classical at Julliard to Rock and Roll in the 1960's when he introduced Caroline to Jimi at the Cafe Au Go Go. I've often thought we could learn a mini histoy of music if we listened to Al talk enough.  This spring Cannibal Girls base player Dodi and I listened to Al tell a few stories.  Dodi and I chatted about it.  She wrote some notes.  The following is a brief history of music through Al's life, and a testament to intergenerational sharing and oral history.
May the circle be unbroken.

My grandad grew up telling my father stories of his life as a beatnik in the 50’s, with Allen Ginsberg and San Francisco. My mother’s father now tells me of his life as a hippie, musician and manager during the 60’s and 70’s: through the prime of the Vietnam war and civil rights movement. Spending time with the Black Panthers, Jimi Hendrix, Eric Clapton, Hall and Oates, Mott the Hoople and many more; I wondered how he was so lucky to be there and then with everything happening. He told me it was simply the “Forest Gump” effect; he was purely there at the right place and the right time. Live Aid, Woodstock, CBGB’s, and Max’s Kansas City: this might might have been the “Forrest Gump” effect, but it took him through the cross cultural currents of the era.

My grandfather Al grew up in Monticello, New York in the early 20th century. His parents were from Poland, and owned a farm and a garment shop in upstate New York. He spent his summers on the farm with the other New Yorkers who came upstate, and his winters going to school there. As a child, his parents did not play music at home; the first time he was introduced to it was at school. He started playing sax and clarinet obsessively. To his surprise, he was accepted into Julliard, one of the most prestigious music schools in the country. This was his way into the music world. At school, he played in free jazz bands, and then began to become involved in sound production. One time, in a jazz performance band, he was to open for The Byrds when they were still new, at a small space in upstate New York. Al overheard the singer talking to some of the kids who attended the show asking questions. One kid asked what he needed to do to start a great band. The singer responded that you needed a soundman, someone to make sure everything was working at practice and on stage. That without a soundman, every performance there was no guarantee if the music would the amplify from the stage to the audience. He pointed to theirs, “Chipmonk,” he was nicknamed, a highly prominent and influential character in the scene.

Throughout the late 50’s and early 60’s music forever changed. Electric instruments, amplifiers and microphones altered sound completely. Al Smith became immersed in sound, so he enrolled in Trade school and shortly after started working for the RCA institute, the first ever sound production company. This changed everything. His new training opened the door for him to work with bands. Cafe Au Go Go was his spot. Located in the Greenwich village, it provided a place for the most popular bands to play: Cream, BB king, Paul butterfield, Muddy Waters, Stone Poneys and more. New York City, specifically the East Village, was the place for clubs like Cafe au Go Go, The Bitter End, and The Scene. So unlike the west coast, where Fillmore West and many huge stadiums provided venues for bands, New York did not have the space or publicity, (therefore keeping the music scene more intimate.) The nature of music was very different from what was happening on the west coast. 1967, spread flowers the summer of love throughout the west coast creating an atmosphere of psychedelia, with acid rock taking the front and where bands like Jefferson Airplane, The Doors and The Grateful Dead were hugely popular and influential. Vastly differenering from music of the east, which was far more soulful, reflective and melancholy with bands such as The Velvet Underground, Joan Baez, Bob Dylan and Carole King. Grandpa said this was largely a result of the different environments. California and the west were warm and sunny: everything was lighter and happier. Naturally the cold and darkness of New York took everyone down in a way that didn’t exist in the west. The industry had less faith in New York, as a result there were less large venues such as Fillmore West. To prove to them that a Fillmore East would be successful, then they needed people and an audience. Teens and young adults all flocked to these shows. The drinking age was 18, so more kids came creating a scene, an audience they needed to gain the popularity necessary for these bands’ survival. Fillmore East was the beginning of an era of commercialized rock in New York.

Al’s career took him through four distinct chapters in the history of American music: Klezmer music in the Catskills, where Buddy Hackett and Rodney Dangerfield were performing, where music, comedy and Jewish humor were all a cultural movement of post WWII; free Jazz at Juilliard, where he played night gigs to make money, and moved to classic, spending time with Aaron Copland and Leonard Bernstein. Out of Julliard, he gravitated to rock n’ roll realizing that jazz and classical were of the past. The future, was rock n’ roll. This was movement of the era, rock n’ roll was the music of the 60’s and 70’s in New York. As Bob Dylan said “the times are changing,” and they were, all the while music followed and heavily replicated the political climate: ebb and flowing between folk, soul, and rock n’ roll. The question was: did music change the culture, or did culture change the music?

Music was dancing with culture, and culture was dancing with history, and there were two impending events: the civil rights movement, and the Vietnam war and the draft. The draft was an ominous and dooming feeling for every young man in America. There was confusion, anger and intergenerational conflict around this unnecessary war that did not make sense to the people. Everyone had different responses to the draft. Draft dodging was very common among musicians surrounding my grandfather. Al always assumed he would play for the West Point marching band; but when the time came, he rejected militarism and embraced the counterculture of Woodstock nation. As a musician, he joined the anti-war sentiment- Al was a pacifist, largely a result of the holocaust which took much of his family back in Poland. So he draft dodged… When his number came up for the draft, he took various drugs for weeks on end (including amphetamines,) and did not sleep, eat, or shower for three days straight. When it came time for his physical, he made sure to go to the base on Whitehall street which was much looser and liberal compared to the military base at Fort Hamilton. Upon his arrival for the interview, he looked like a walking dead man and did not pass his first test. The military rejected him and thus his career and life continued...
Al Smith dedicated his life, profession and passion to music. It brings up the question, how can such an unknown person be so influential? He managed countless bands, toured and did sound for revolutionaries, worked with sony music to create digital music and more. When talking to him about this, he said that he didn’t care for popularity, fame or credit; he just wanted to be involved in the movement, the scene and the music. Al was apart of the zeitgeist of the time; the spirit of the age. Throughout the 60’s and 70’s people lived dreading the war and injustices of the time. Being a pacifist, he was drawn to music and how it was used as a form of cultural protest and expression for those like himself. When I talked to him about this, he referred to Country Joe and The Fish’s Vietnam song. “And it's one, two, three, What are we fighting for? Don't ask me, I don't give a damn, Next stop is Vietnam. And it's five, six, seven, Open up the pearly gates, Well there ain't no time to wonder why, Whoopee! we're all gonna die.” He remembered these lyrics vividly, both witty, truthful and devastating, much like Al Smith himself…

Posted by Benjamin Shepard at 8:34 AM