From Opening to Closing, Chaos and Hope, Riots and a Few Second Thoughts about January 6th, 2021 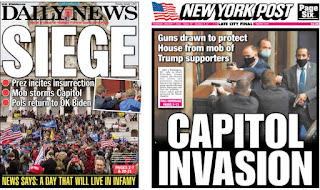 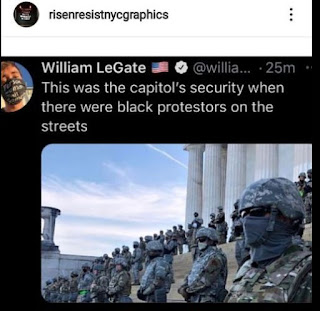 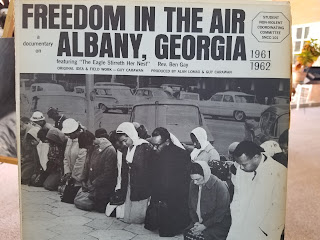 Its been a long time since the Albany, GA civil rights sit ins of 1961.
Some things have changed.  But not enough.

It’s been too weird.

“It took six days for 2021 to go to shit,” said the teenager watching the chaos.

We were getting back, clawing our way toward to democracy, writing postcards, supporting candidates, reducing barriers to participation, addressing historic walls to the franchise.

My old home state of Georgia was turning purple, the ghosts of John Lewis and MLK, the legacy of Jimmy Carter finding inspiration in Stacy Abrams’ work.

The state supported Biden and was about to flip control of the senate.

Across the country, regular people were supporting efforts to bring new voters and the disenchanted back to the ballot box in the Georgia runoffs for the senate.

“Just before my shift on the UNITE HERE phone bank to Georgia ended this afternoon, an 87 year old African-American lady told me, "Don't you worry, we are going to win this." She just might be right!”

And so began another excruciating election night, with bumps and fear.

More than a few times my stomach sank.

By midnight, a few districts were still outstanding from Atlanta and the suburbs.

“It’s lovely to see how tight this is. Off to beddy bye,” I posted. “Cautious optimism.”

My friend organizer Paul Davis was in a different mood.

“Crying my face off (again!) at the modest-and-also-pretty-much-but-not-quite victory speech of a new African American Senator from Savannah’s public housing projects in the state where I grew up. I fled as a youth, substantially because of homophobia and white supremacy. I’m so so proud, awed, inspired—and chastened—by the people who *stayed* in Georgia to organize to overcome hundreds of division and hatred. I left. Many other stayed, and BIPOC organizers have led this work.  THIS is the American Dream. Let’s get behind Rev. Warnock.

Thinking about my cousins from South Georgia with their flags, the ghosts of the Confederacy, my mind trailed back Atlanta my birthplace and its long violent history, the people who turned away from supporting civil rights, the civil war, the desegregation campaign in Albany, Georgia that began eight years before I was born, the peaceful sit-ins, and the New Jim Crow that followed.

It was inspiring to see Georgia step forward, out of the past, and deliver.

But we were not going to dance till the votes were all counted.

By mid-Wednesday it looked like both the democratic senate candidates won.

First time in a long time, I was feeling proud to say Georgia is my birthplace.

We can be a multi-ethnic democracy that embraces its people and capacities.

We can turn the page.

But the Blue Lives Matter movement had other ideas.

They see the world another way.

And Ted Cruz, who organized opposition to the election certification, was busy talking about the Compromise of 1877 that ended the 1876 election, finishing Reconstruction, replacing it with the Jim Crow system.

These are the ghosts we are still grappling with today.

Can we ever learn from this history?

Can we repair and reconcile?

Can we acknowledge that happened and then repair?

In the meantime, the president was ushering the white supremacists to the Capital, refusing to concede at a rally as congress was busy certifying the election.

“Trump, at a rally on the White House Ellipse, further stoked the flames of conspiracy and urged his supporters to march to the Capitol and make their voices heard.

"You'll never take back our country with weakness," Trump said. "You have to show strength and you have to be strong. We have come to demand that Congress do the right thing and only count the electors who have been lawfully slated."

"I know that everyone here will soon be marching over to the Capitol building to peacefully and patriotically, make your voices heard today," he added.

A short time later, Trump supporters overwhelmed law enforcement outside the Capitol and breached the building…One woman was shot and killed in the mayhem.”

There, the police appear to have let them walk in.

The police allowed this, I thought, flashing back to dozens of arrests there, sometimes in a matter of seconds once I opened my mouth or sat down.

We were arrested immediately and repeatedly for blocking anything in DC, taken to holding cells, chained to walls, for speaking out about democracy.

This is an inside job.

Are the police in it?

I know they started to resent the lefties arriving to protest the Trumpers.

“I have protested in the Capitol and been arrested there many times for things like peacefully sitting and chanting. The fact that these rioters- not protestors, rioters, have gotten so far seems to me to signal a decision somewhere to limit the law enforcement response.”

“💯 it was way too easy for the protesters to get into the Capitol building. We saw the police open the gates to protestors, pose for pictures with protestors and escort a woman, by the hand, gently down the stairs. AmeriKKKa🤦🏽‍♀️  ·

“Absolute collaboration. You and I have been arrested for peaceful protest. Yesterday was not protestors - they are terrorists. White supremacy terrorists.”

As Rising Tide America puts it,

“Chuds, fascists, and maga losers didn’t “storm” the Capitol, they were let in.”

“Fuck BLM,” the supremacists chanted, supporting Blue Lives Matter and what looks like a race war.

Activist Monica Hunken, who was in Georgia turning out the vote, posted:

“There is an angry mob of white supremacist/ MAGA fascist-supporting (predominantly) men storming the White House wielding pepper spray, bats, axes, possibly other weapons yelling slurs at and attacking police officers, breaking down barricades and pretty much being allowed to get away with it without violent repercussions from the police. And yesterday the cop who shot Jacob Blake multiple times, paralyzing him, is getting off free. We know if this was a group of BLM protestors, people would be killed. It's hard to celebrate the Georgia victory knowing there will always be backlash until we tear out racism at its roots and fight to build a more equitable country. Repost from @streetridersnyc
•
‼️UNBELIEVABLE ‼️. ((( SWIPE))) Happening right now in DC. Armed Trump supporters breaking and entering into The US Capitol....... emphasis... ... THE US CAPITOL..... The heavily armed police who brutalize Black Lives Matters protestors for simply marching , blocks away are nowhere to be seen.These violent rioters/looters have blocked The United States Congress from carrying out their constitutional duty of confirming the US Presidency . If it were happening in a different country, western media would have been calling it a coup. There is reportedly an ‘armed standoff’ inside the building .”

We can rebuild and celebrate, I thought.

I’d spent the day writing and taking the kids to the dentists, not really paying attention to DC.

Jay and the rest of us had decided to stay away from the chaos in DC, too much reacting.

On each successive trip to DC, I’ve seen more brazen verbal assaults and threats of violence from the Trumpers, where they scream and taunt, without masks, as we are arrested for doing little more than trying to speak with our representatives.

I was there when Lindsay Graham called Jennifer Flynn Walker rude, for asking him a question about the tax bill.

Jennifer Flynn Walker is rude, but Trump is just fine?

Observing all this Flynn tweeted:

"I got arrested for sitting on the floor in a Senate office (not in the Capitol, but in the office buildings that surround it) and talking, loudly, about how my sister had (she has since died) Down's Syndrome and we really couldn't afford to lose her Medicaid. But cool....I saw a man with cancer (and now ALS) ripped from his seat by the Capitol police in the Senate Gallery on the eve of the vote to take away healthcare to millions after he yelled two words. He was arrested and now has it on his record...."

They all said the election was stolen; they stoked the resentment.

The double standard is galling.

“The last time there was an invasion of congress was 1954, when Puerto Rican nationalists attempted to kill Truman,” posts sociologist Kelly Moore. “You can guess what happened to them. DC situation is pure white power, abetted by the racist police.”

I watched congress debate all night, speech after speech about our democracy.

Not one acknowledged that maybe this isn’t working.

Maybe its too big a disunion?

Maybe its time to break it into smaller pieces?

Let Texas go their own way as they often ask.

I couldn’t sleep, waking in the middle of the night to find:

The Trump presidency is over.

And there is quite a bit of blood on his hands, particularly those four dead.

“Stand up and stand by,” he said refusing to disavow the Proud Boys.

“Be there.  Will be wild,” he said, inviting the riot, seeming violating the 1970 RICO statue.

What was the role of the Capitol Hill Police in letting the rioters into the building?

We all knew they were coming?

The president called for them.

“Congressman Jim Cooper (D) from Tennessee spoke …on Wednesday about some strong concerns and possible allegations to levee against US Capitol Police.

His fear? US Capitol Police were somehow complicit in allowing the Capitol to be breached.

"Some people are worried today that some police were complicit with the protesters," Cooper said. "It's one thing to be friendly and to de-escalate the violence. But it's one thing to take selfies with them (rioters) and let them go through the lines."

Cooper said he did not see these actions by Capitol Police himself, but said he's "never seen a crowd less afraid of the police than this one."

"At best they were overwhelmed and did not anticipate what they had been warned of by (President) Trump, even as of this morning when he said he would join the protests at the Capitol. ... At worst, they let this protest proceed unlike any other," Cooper said when asked directly if he believes that US Capitol Police were complicit in what happened.”

What is to come of those police and politicos who fed into this?

Can they be expelled?

What of Blue Lives Matter?

Can this criminal be charged?

Will he be expelled?

Can the democrats govern?

Will they get rid of the filibuster, that McConnell used to thwart the Obama agenda?

Can we learn from our history?

Can we actually support reparations?

Or is it a time for divorce?

Who will police the police?

Posted by Benjamin Shepard at 7:26 AM