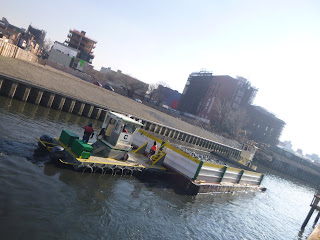 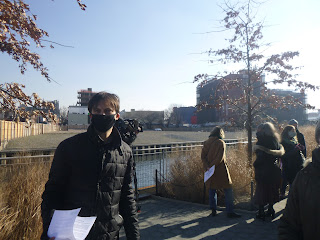 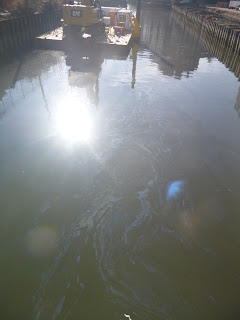 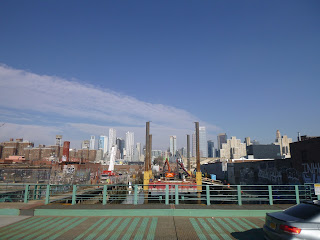 Scenes from dredging and Voices of the Gowanus.

The Gowanus rezoning will not be certified today. This development

restraining order (TRO) that Voice of Gowanus (VOG) won in court on Friday. After arguments this

morning by counsel to both VOG and the City, a judge in the Second Division Appellate Court denied

the City and let the TRO stand as of early this afternoon.

“This is HUGE,” said Nora Almeida of Voice of Gowanus. “We won the initial order and now we’ve

beat back the City’s attempt to avoid a substantive response to our lawsuit. The Appellate Court has

now affirmed that the equity, access, transparency, and rule of law issues at the heart of our legal

action must have their day in court.”

The result of today’s court decision: the City may not proceed with certification of the Gowanus

Alliance, a group of over sixty organizations from around New York City that are calling for an end to

abuse of ULURP (Uniform Land-Use Review Procedure). The alliance was brought together by the

neighborhoods of color and industrial areas. Despite a constant parroting by developers and the city

that these large-scale rezonings are really about creating affordable housing, the de Blasio

Administration has failed New York on this issue. And in Gowanus, the vast majority of proposed new

housing would be market rate luxury, with the one truly “affordable” housing complex located on a

“The Citywide People’s Land Use Alliance supports the legal action of Voice of Gowanus, which

limits civic participation, which is guaranteed by the City Charter. We need a true democracy in which

to decide what will be built.”

Coordination with many members of the Alliance from across the city, including Chinatown Working

and Inwood Legal Action, has proven that Gowanus is not alone in calling out the de Blasio

communities,” said Elyse Shuk of Voice of Gowanus. “And now, in the middle of a global pandemic,

Posted by Benjamin Shepard at 2:23 PM