VOICE OF GOWANUS TO MAKE SPECIAL ANNOUNCEMENT RE: GOWANUS REZONING

Voice of Gowanus, a grassroots community coalition, will make a significant  announcement regarding the city’s proposed Gowanus rezoning.  The press event will  include remarks by members of the group’s Legal Committee, which recently  launched the Gowanus Legal Defense Fund.  Voice of Gowanus is part of a citywide  coalition calling for an end of the abuse of the city’s Uniform Land Use Review  Procedure (ULURP), and the group has consistently raised concerns about the deeply flawed rezoning proposed for Gowanus.

Voice of Gowanus has raised concerns for over a year about the city plans to place  housing on one of the city’s most toxic sites, construct 22-30 story luxury residential  towers in a high risk flood zone, and attempt to proceed with public review during a  pandemic via a virtual format that bars communities from appearing in person and  holding public officials accountable.  The group has also criticized the city’s failure to  conduct a racial impact study prior to certification of the rezoning, the plan’s potential  to jeopardize the Gowanus superfund cleanup through additional combined sewer  overflows, the rezoning’s anticipated reduction of area zoned for manufacturing, the lack of infrastructural upgrades, and a cornucopia of unsustainable giveaways to  private developers.

Full press release regarding the special announcement will be available at the presser. More on Voice of Gowanus and the Gowanus rezoning at: www.voiceofgowanus.org 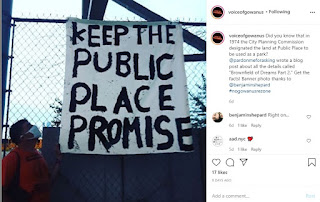 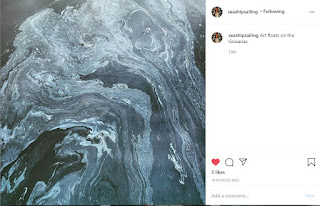 Posted by Benjamin Shepard at 12:47 PM