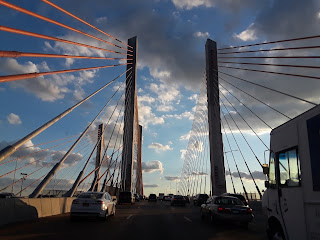 The steps toward a sustainable urbanism move forward and backward.  Four years backward and then a summer of protests, many on bikes, moving forward and the ever mutable city evolves anew.

Cities are better without cars.

The time for non polluting transportation is now.

We've said it for years.

Now, it appears the city is hearing us.

The Times reports GM is moving away from gas and diesel based cars in favor of zero-emission vehicles by 2035.

“Converting car lanes into bike lanes on two of our most important bridges is a giant leap forward for New York City.  After decades of advocacy by Transportation Alternatives and thousands of our grassroots activists, we are thrilled that Mayor de Blasio has taken up our Bridges 4 People campaign with his Bridges for the People plan. We look forward to working with the de Blasio administration on this vital new project and other efforts to improve infrastructure for cyclists and pedestrians on bridges and streets across the five boroughs.” 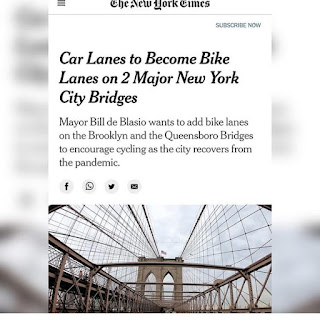 Posted by Benjamin Shepard at 8:27 AM