On Insomnia, Mass Shootings and Twenty Days in Turin 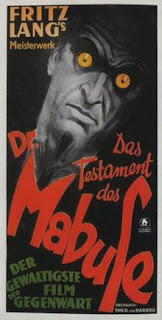 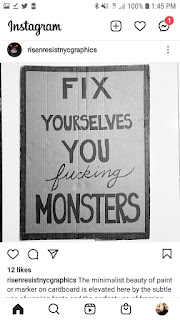 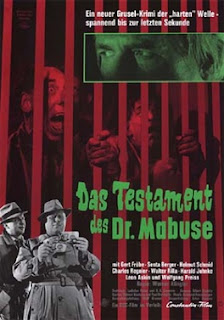 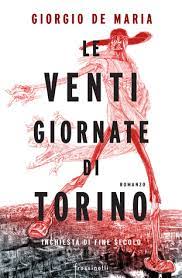 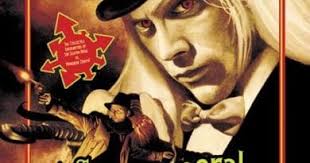 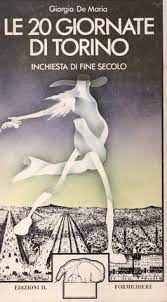 One friend says she takes an Ativan and two glasses of wine before she sleeps.

Others use CBD oil.

I’m lucky if I sleep five hours in a row.

Usually it’s a two and a half hours.

And then a few awake.

And a couple of hours back to sleep in the early morning.

In the Testament of Dr. Mebusa, the 1933 German film by Fritz Lang, a mad hypnotist in an asylum who turns a s mob to commit egregious crimes as they sleepwalk.  The analogy to Hitler and a nation sleeping walking with a madman in control, was enough to get the film banned,

We’re not sure who are committing the crimes in Twenty Days in Turin, Giorgio de Maria’s novel of 1970’s Italy.

All we know is murders are happening among layers of history in a place where the people live among pieces of history and consciousness, insomnia only increasing.

The political murders in the 1970s were many there, Red Brigades, kidnappings, murders, and sabotage. The hospital where a close friend was born was bombed two days after he left.

In between trips and teaching and bouts of with own insomnia, meeting Kevin and Max in the rainy afternoon on Smith Street, teaching and planning to get out of town for a few days, I read about the Twenty Days in Turin.

Drizzle in the air, we talked about the massage parlor murders in Atlanta.

The killer apparently wanted to kill off temptation.   But why all the hate?  What kind of decision making is that?  He doesn’t want to go to massage parlors so he pulls out a gun and kills people.

“Evangelism taught him to hate himself for seeking sex. Hates himself, hates everyone who participated. The Bible also teaches to smite thine enemy, with some pretty graphic and creepy language. So that’s what he did. Yes, this was a tragedy that involved several Asian Americans. But we now know it was at its core a tragedy of misogyny and against sex workers. It makes me sick.”

Doug goes on: “It’s the fundamentalism that leads to hate and violence. If the masses believed snails were holy, SOME would find a way to kill others in the name of snails.”

Somehow amnesia feels like a part of that, or selective observation.

My colleague John Gallagher points out:

“As a Christian I would like to remind my fellow believers that if you are having a bad day that "thou shalt not kill" rule always remains in effect, not to mention the admonition to be kind to strangers sojourning in your land. All strangers. No exceptions. If you still have some difficulties with your "bad day" scripture does offer you an out though. Jesus in Matthew 5:29 did preach if a bodily organ is causing you to sin, well...he didn't mention it specifically but hey, instead of killing people why not try that instead?”

In the Mass Psychology of Fascism, Reich points out that fascism grows from sexual repression:

“Originally and naturally, sexual pleasure was the good, the beautiful, the happy, that which united man with nature in general. When sexual feelings and religious feelings became separated from one another, that which is sexual was forced to become the bad, the internal, the diabolical.”

This murder was tinged with a particular tone and forgetting, as well as a long history of abuses:

As the pandemic spreading, the former president deflected, placing blame elsewhere, referring to the COVID 19 as the “kung flu,” and the “Chinese virus'.


We’re supposed to forget that.

We forget a lot, amnesia everywhere.

By Sunday, our book group took on The Twenty Days in Turin.

“The insomnia of the Turnese – whose causes, nonetheless, he could just barely understand himself – had brought citizens to the extreme limits of bearable psychic tension.  When those limits were crossed, that tension exploded like a stick of gelignite, human antagonisms were magnified a hundredfold, and this could enable forms of aggression that were unthinkable in a normal situation.,” (p.102).

Some looked to “ghost stories”; others worried about noises in the “city of the dead.”

“As for Lescaut’s theory of psychic tension, it wasn’t held in high regard by the investigators,” (p. 103).

“In the middle of the night, I was woken with a start by a terrifying blow against the door; I struggled to fall asleep again – was this how the insomnia began ? – and the terror I felt at the blow…” (p. 123).

A year into the pandemic, the insomnia is only intensifying.

Some blame the psychic tension or ghost stories we tell in the night.

Others look to religion to justify the actions they take, on “bad days.”

The governor refuses to support us.

Official neglect overlaps as the days go on and on.

Sometimes we get two hours sleep.

Another shooting in Colorado.

Jay sends me an invite for another Gays Against Guns action:

“In less than one week, our nation has suffered two horrendous mass shootings. The first shooter, on Tuesday, 3/16, in Atlanta, GA, targeted Asian women at massage spas in a toxic blend of racism, misogyny, and religious zealotry. And now, today, another lone gunman in Boulder, CO, for reasons as yet unknown, has shattered a community that is all too familiar with mass shootings, murdering 10 people shopping at a grocery store.

Gays Against Guns will gather at the New York Public Library main branch and demand votes on the pieces of Gun Violence Prevention legislation currently pending in the US Senate be brought to the floor for a vote immediately!
We shall gather at 5:30 PM and march to Father Duffy Square in Times Square at 6:00 PM.”

A man ran into a grocery store and started firing.

Sometimes I can’t feel it.

Others I think about Columbine.

Twenty days in Turin, year and years here and there. 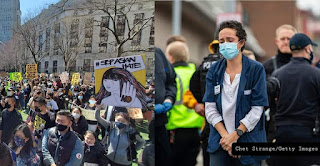 Posted by Benjamin Shepard at 9:00 AM