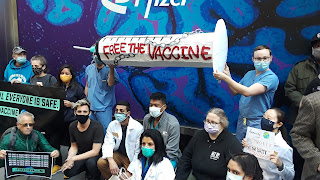 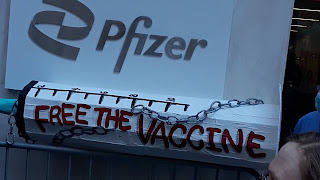 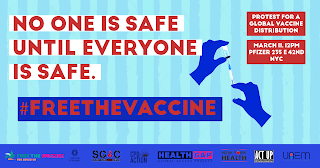 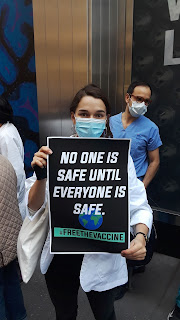 Everybody in, nobody out, declare activists. 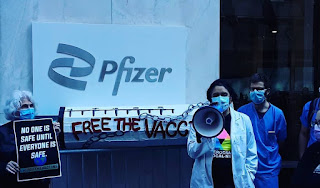 Roona says #freethevaccine people over profit. Demand that compulory liscencing. If we go at the current pace, people won't get vaccinated till 2024. As long as anyone is not vaccinated, none of us are vaccinated. Fight fight fight!!! Health care is a right!!! 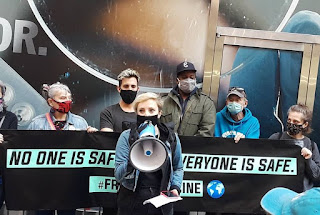 @emjsanderson says no one is safe till everyone is safe. Don't make the world wait. We have seen this playbook before. 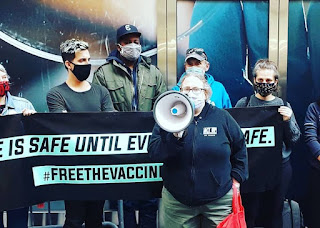 Activists gathered across U.S. calling for lower-income countries ravaged by COVID-19 to get immediate access to lifesaving vaccines

this year, accelerating the rate of vaccination globally and ensuring herd immunity is reached faster;

Wealthy countries to ensure the use of every legal mechanism to allow intellectual property to be used widely if companies do not adequately scale production;

Wealthy countries to ensure supplies, including syringes, are adequately produced;

Wealthy countries to ensure that vaccines and supplies are paid for equitably.

“Hoarding COVID-19 vaccines for rich countries and restricting access to the intellectual property of these drugs will have grave consequences for the international community,” said Ana Maria Archila, co-executive director of the Center for Popular Democracy. “In our globalized world, only vaccinating residents of wealthy countries doesn’t work. Every nation, regardless of its GDP, needs access to these lifesaving shots. Otherwise the pandemic will persist, millions will die and the global economy will continue to spiral. This coalition will not rest until President Biden commits to using the powers of his office to ensure widespread distribution of the vaccine and that no person or country is left behind.”

“President Biden promised ‘absolutely positively’ that patents wouldn’t stand in the way of sharing lifesaving COVID-19 vaccines with the world — but his administration is breaking that promise and millions of people in the global south are being forced to wait until 2024 for access,” said Emily

“It is shameful that U.S. policy is prioritizing profits over life, and doing so in the name of the American people.”

According to current estimates, millions of people in the global south will not get access to the vaccine until 2024. However, production of the vaccine could dramatically expand if pharmaceutical companies suspended their intellectual property rights for the vaccine and wealthy countries fulfill their promise to fund vaccine production for countries that cannot afford to buy them. President Biden can use the power of his office to break U.S. patents, and the WTO could grant a Trade-Related Aspects of Intellectual Property (TRIPS) waiver to gain intellectual property rights on COVID-19 vaccines. 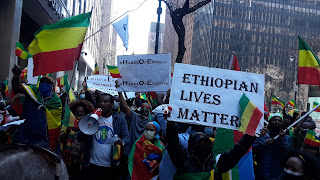 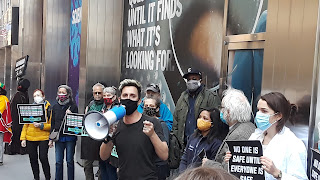 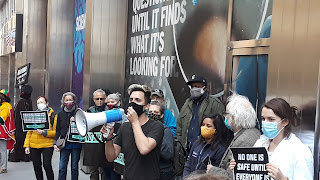 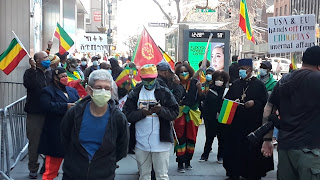 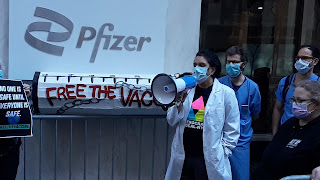 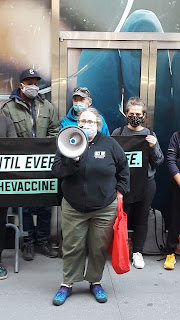 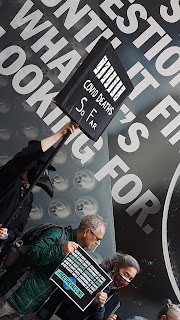 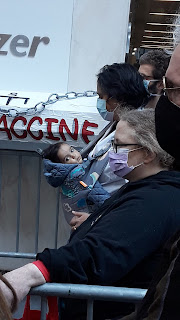 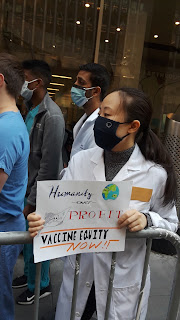 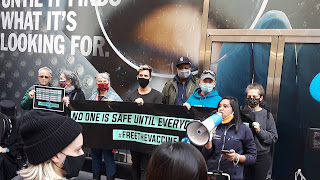 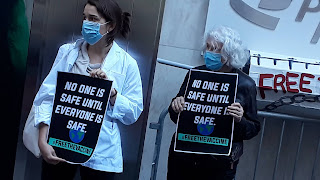 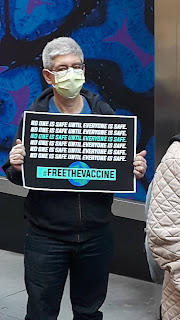 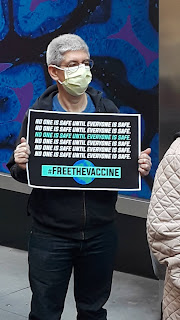 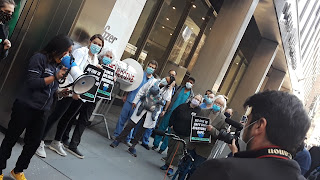 #freethevaccine everybody in nobody out!!!! 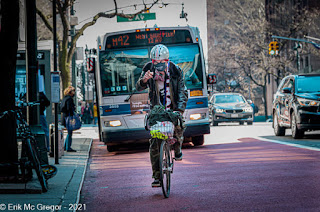 This blogger by the one and only Erik McGregor!
Free the Vaccine. 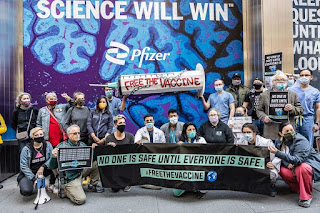 Ken Schles photo and caption: "No one is safe until all of us are safe. We will be fighting #covid_19 chasing it to the ends of the earth. We have to. If we don’t the virus will remain endemic and continue to mutate. Until it finds ways to evade current vaccines. No one is safe until all of us are safe. Most drug development is subsidized by federal grants and developed by research at universities. And then drug companies grab up patents, brand and market the results reaping billions.We love the
Pfizer
vaccine. I’m scheduled to get my second shot on Sunday. But I ask: when all of humanity is threatened, when no one is safe until all of us are safe, should we continue to allow capitalist models of scarcity, exclusivity and market hegemony decide who lives and who dies? What is a good price to pay for, say the Pfizer vaccine? It’s estimated that Pfizer will make $18B this year on their #covidvacccine How much is $18B? If someone gave you $1 every second of every minute of your life you’d need 8 lifetimes to reach $18B (or 570+ years. If they started in 1451, the year Columbus was born, they’d finish this year). When Dr. Jonas Salk discovered his famous #poliovacccine saving the world from ongoing epidemics of #polio in the 1950s, he chose to not patent the vaccine or seek any profit from it in order to maximize its global distribution. He believed getting as many people vaccinated as quickly as possible was a “moral commitment.” We know that this pandemic has hit poor and disadvantaged people the hardest. And it will continue to do so. As it stands now, millions of people across the globe – primarily people of color – will be shut out from receiving the vaccine until 2024. President Biden has the opportunity to change that, and that’s why we stood beside organizations and activists across the country yesterday in a fight to demand global vaccine access. It’s time to #freethevaccine because no one is safe until all of us are safe.
Brandon West for City Council
Rise and Resist
CPD Action
Heroes for Healthcare
/
Physicians for a National Health Program (PNHP) - NY Metro Chapter
Campaign for New York Health
@uaem_meds4people
Justice Is Global
ACT UP New York
Health GAP
outside of Pfizer world-wide headquarters, NYC."
Posted by Benjamin Shepard at 11:53 AM