"Elevators Are for Everyone!" Rise and Resist Rallies for Accessible Subway Stations Now! 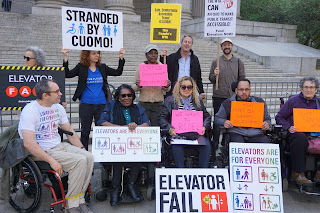 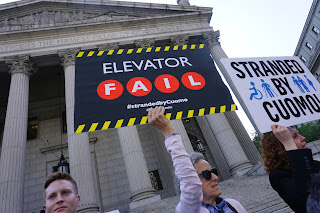 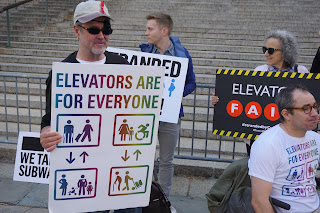 Yesterday in my community mental health class, a student welled up with tears talking about seeing a man on the subway.  He used a wheelchair, yet had to pull himself down the stairs to his platform because there were no elevators in the station.  She offered to carry his wheelchair.  When she tried, she was overwhelmed.  She had no idea how heavy the wheelchair was.

Barriers are everywhere in this geography, some visible, some invisible.
One of the most glaring our city is lack of safe, full access to transportation.  This is particularly glaring for people with disabilities, who depend upon elevators.  Stairs are too much of a burden.

This morning, I  joined a group of activists with Rise and Resist  at 60 Center Street.

Join us as we rally for accessible subway stations, just before the start of a negotiating session between the MTA and our attorneys in a lawsuit calling for full accessibility throughout the system. Right now, only 24% of subway stations are accessible to people with disabilities, leaving hundreds of thousands unable to use the system.
It gets in the way of work, of access to the city, to shopping or cultural events.  It gets in the way of life, liberty and the pursuit of happiness, to everything, noted activists speaking out before the negotiating session.
They told stories of shuffling down the stairs on their backs, getting dirty pulling their wheelchairs, of being sent stations out of their way to transfer at stations with elevators.
We cannot pay more to the MTA and get less service, they declared.
The ADA demands we have full access.
And that’s that what we want: full accessibility.
Activists said they want a clear plan with timetables for how the MTA can make 100% of the subway stops fully accessible to people with disabilities.
The time for waiting has to end.
People need to ride. 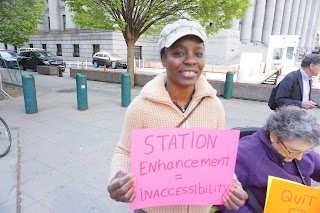 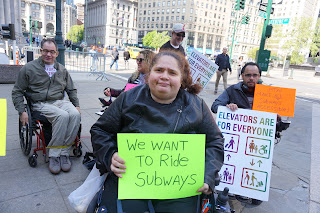 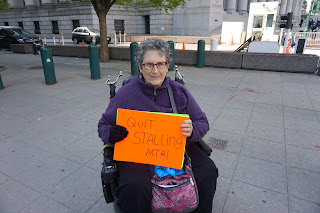 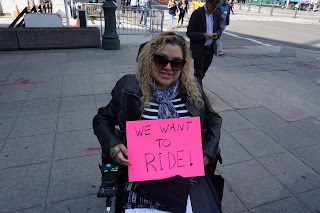 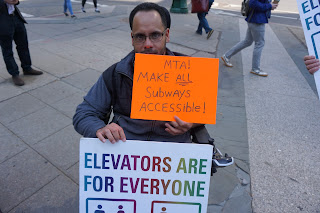 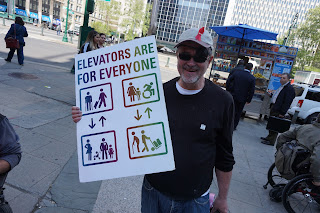 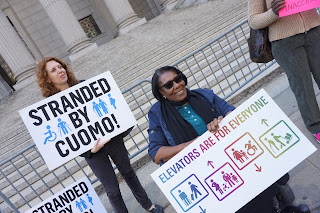 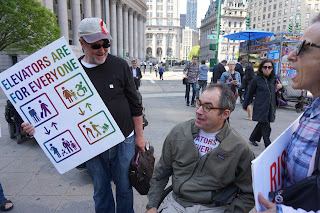 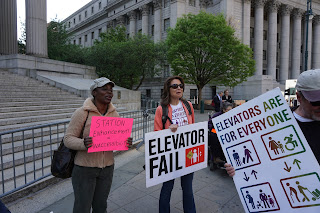 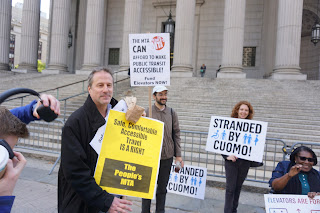 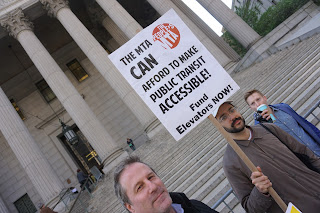 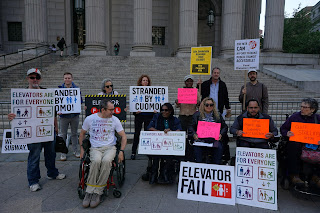 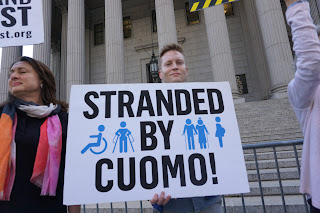 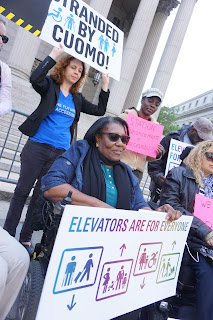 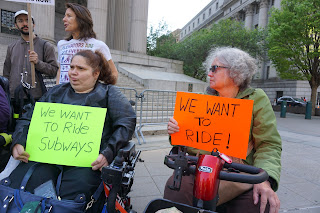 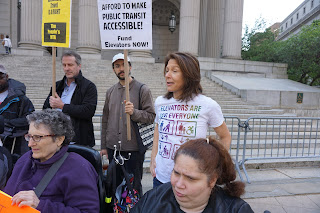 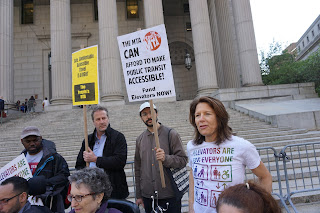 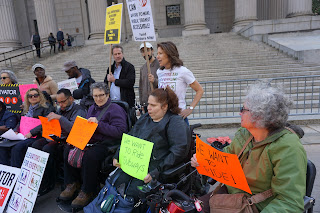 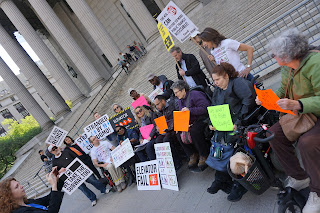 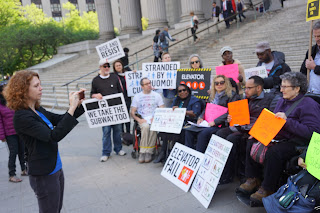 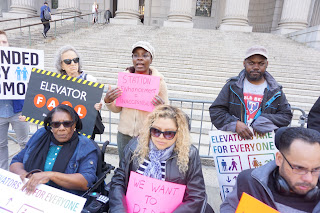 Posted by Benjamin Shepard at 8:59 AM